The National History Museum has enriched its collection with a unique exhibit.

The tombstone of the founder and first ruler of the Karabakh khanate, founder of Shusha city Panah Ali Khan Javanshir (1693-1763), is on display in the museum, Azernews reports, citing the Azerbaijan National Academy of Sciences.

In her speech, Naila Velikhanly pointed out that the National History Museum has been systematically collecting, researching, and promoting a rich collection related to Karabakh history and culture.

She added that the exposition hall also displays a series of unique exhibits related to the history of Karabakh and the city of Shusha, including a 14th-century silver coin with an inscription about minting in Karabakh, two silver keys from the gates of the Shusha fortress, a mace - a symbol of the power of Ibrahimkhalil Khan (1763 -1806 years), rare documents, photographs, drawings, musical instruments, etc.

Academician Isa Habibbeyli stressed that this exposition is of great importance from the social, political and historical points of view.

He underlined that the History Museum provides insight into Azerbaijani history and culture through valuable exhibits and a number of events.

Academician Govkhar Bakhshaliyeva expressed her confidence that the museum exhibits related to the history of Karabakh and the city of Shusha, will become an important source for further research and studies.

Head of the Department of Scientific Exposition and Organization of Exhibitions, Ph.D. in history, associate professor, and curator of the exhibition Sabuhi Ahmadov noted that Panah Ali Khan Javanshir was buried at the Imarat cemetery in Aghdam, where a tomb was built over his grave.

During the Armenian occupation of Karabakh, most of the buildings there were destroyed, including monuments associated with Azerbaijan's prominent figures.

In 1974, the tombstone of Panah Ali Khan Javanshir was brought to the History Museum where it was restored using modern methods.

The museum's restoration laboratory restored the tombstone without damaging its original appearance.

On the first floor, the museum showcases a model of the "Imarat" cemetery and the translation of the inscription on the tombstone, information plates about the history of the tomb as well as Panah Ali Khan Javanshir's portrait by artist Ajdar Gafarov.

The National History Museum also plans to hold a special exhibition and catalog dedicated to the city of Shusha.

The opening of the exposition and the catalog presentation are scheduled for November this year. 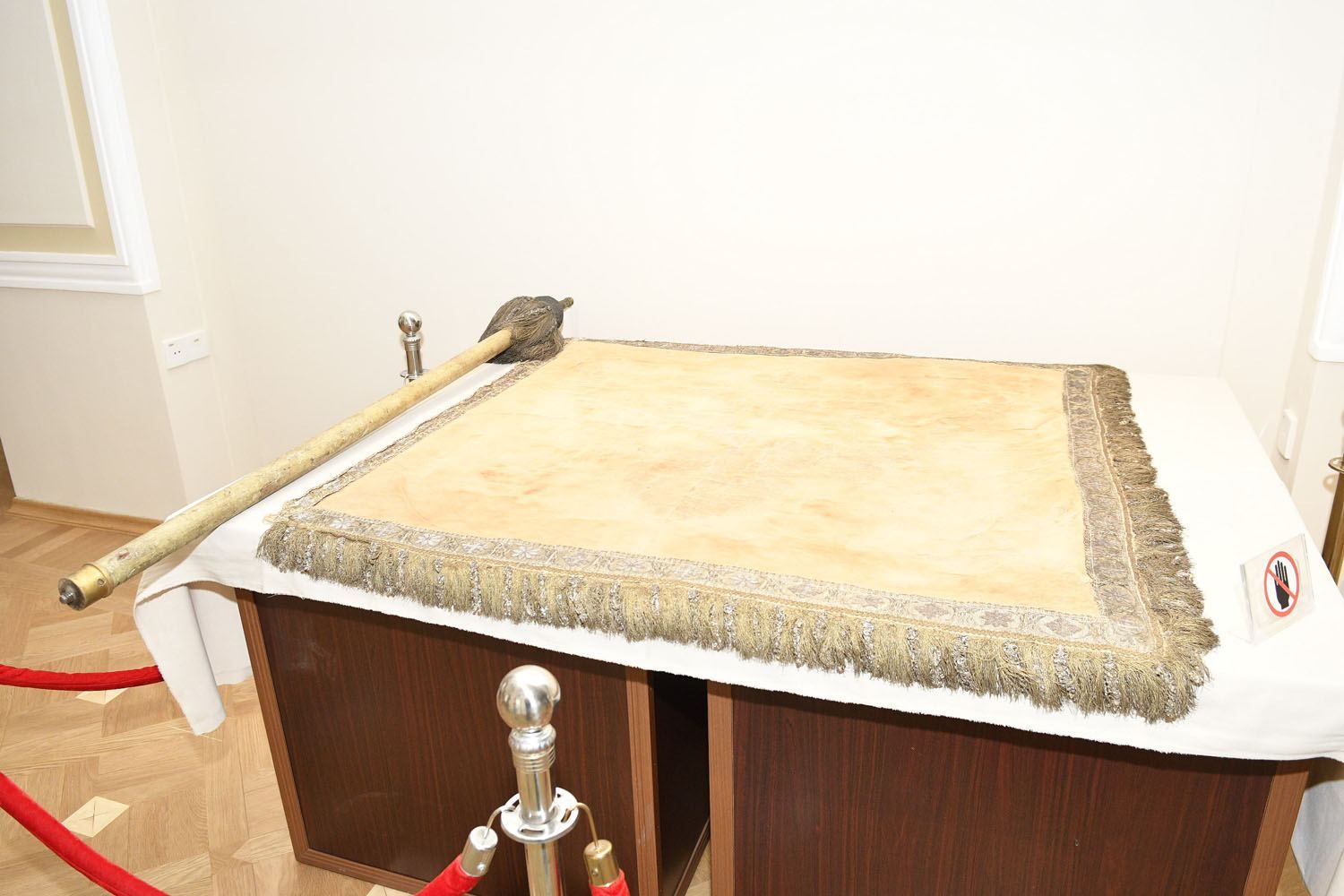