"Inner City" is the name of the first exhibition of the Baku House of Photography.

The project presents a century and a half long dialogue between the city and the photographer.

Head of the Icherisheher State Historical and Architectural Reserve Asgar Alakbarov stressed that the exhibition is the evidence of changes in the urban environment and photography.

The artist and researcher Bahruz Huseynzade has been collecting pictures for 15 years.

His collection today includes hundreds of original photographs from the late 19th- early 20th century, as well as an archive of about 20,000 prints and digital copies.

A collection of photographer Sanan Alaskarov was created in Icherisheher, where he was born and raised.

For 40 years, he has been keeping a photo chronicle of the most ancient part of Baku.

The exhibition presents one of the series of photographs by Icherisheher.

The photo exhibition will last until April 14. Admission is free. 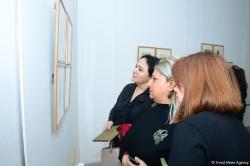