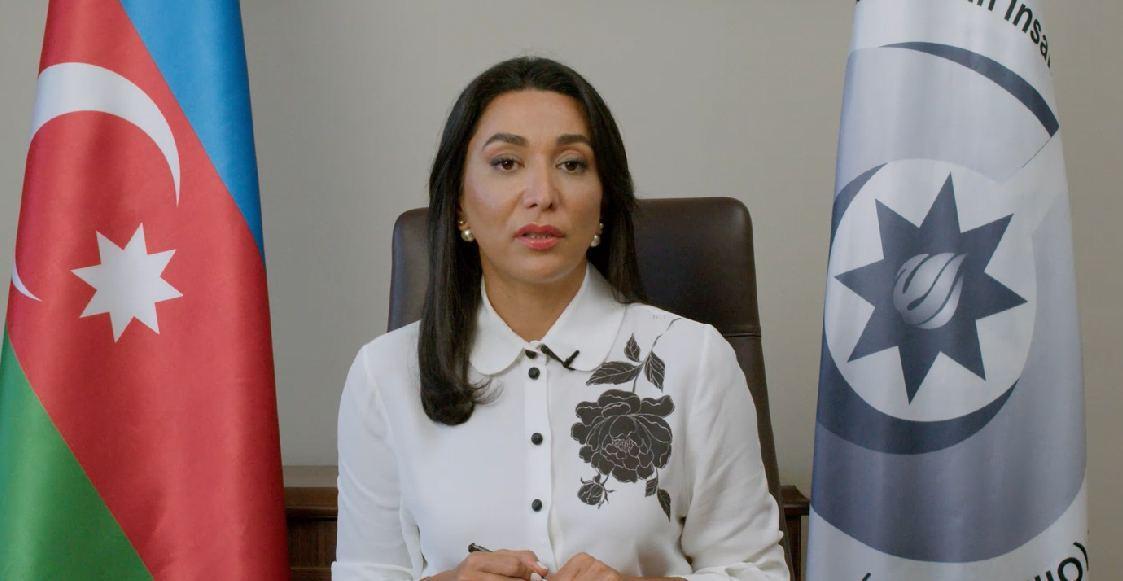 She made the remarks in a statement made on the first anniversary of the Armenian heavy artillery shelling of civilians, who gathered at a funeral in a Tartar city cemetery.

“Addressing international organizations, religious leaders and the world community, I urge to take the necessary measures to determine the international legal responsibility for the political and military leadership of Armenia, which caused gross violations of human rights and freedoms by committing crimes against peace and humanity, war crimes, terrorism and other acts of vandalism, resulting in casualties among the civilian population of Azerbaijan and showing disrespect for the material and religious values,” Aliyeva said.

The rights commissioner noted that during the Second Karabakh War, Armenia fired on various civilian settlements in Azerbaijan, and in many cases even used long-range missiles.

Aliyeva recalled that on October 15, 2020, the Armenian armed forces once again violated the rules of international humanitarian law and deliberately fired heavy artillery at the Tartar city cemetery during a funeral. She noted that as a result, four civilians attending the funeral were killed and four were seriously injured.

“At that time, we sent an open appeal to influential international organizations, religious leaders and the world community in connection with this act of crime, and gave detailed information about this incident of vandalism and barbarism,” she stated.

Aliyeva said that the appeal called for urgent measures to be taken in order to establish international legal responsibility for the gross violation of IHL by Armenia, including the Geneva Conventions for the Protection of War Victims of 1949.

The ombudsman underlined that representatives of religious communities operating in Azerbaijan, were outraged by that incident and expressed their protest against such terrorist acts and appealed to the relevant international organizations.

“However, unfortunately, despite the indisputable evidence provided, this act, like many other war crimes committed by Armenia during the military operations, has not been given a legal assessment at the international level,” Aliyeva said.

The human rights commissioner emphasized that intensive firing by Armenia on religious sites and cemeteries, as well as acts of vandalism against graves, have once again proved its intolerance of other nations and religions as a mono-ethnic state.

“I would like to express my deep regret that after the liberation of our lands from the occupation, more such cases have been revealed in those territories, that is, evidence of the destruction, desecration, excavation and looting of the graves of Azerbaijanis has been found,” she added.