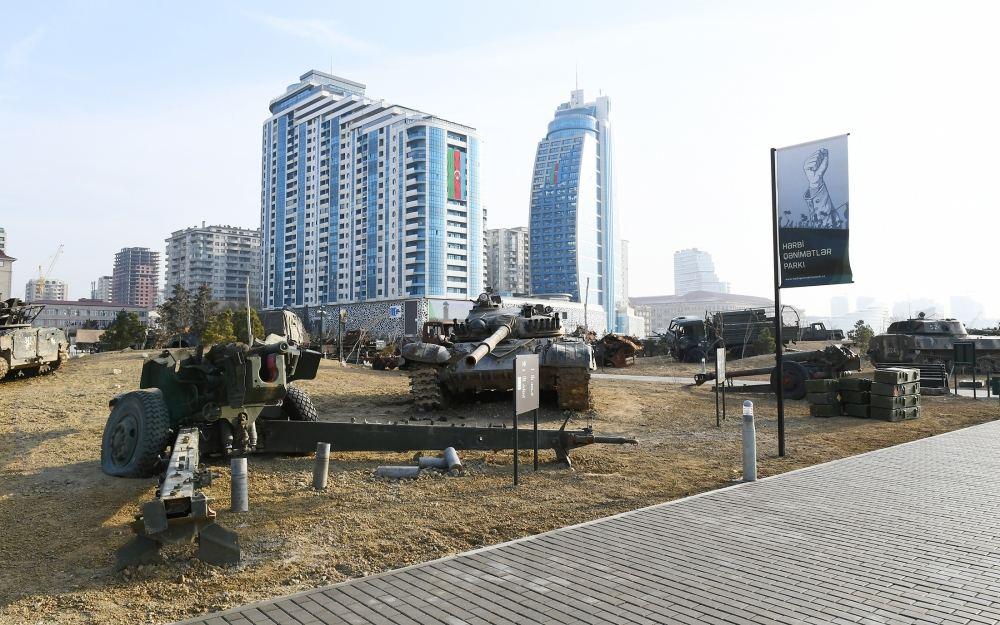 Protests in Armenia and in circles that cannot reconcile with the liberation of Azerbaijani lands from Armenian occupation over the opening of the Military Trophy Park in Baku should be taken normally, Azerbaijani political observer, expert Elchin Mirzabayli told Trend.

According to Mirzabayli, since the park will reveal in very detailed manner how the Armed Forces of Armenia were defeated, how a huge batch of military equipment provided to this country was rendered unusable, and will also show the destruction of the myth of Armenian Armed Forces' ‘invincibility’ that was propagandized by the country for years.

"By creating this park, Azerbaijan will give Armenia the opportunity to see itself from the outside,” said the expert. “The most obvious example of its unimaginable atrocities and unprecedented crimes is the liberated territories of Azerbaijan. Any civilized community would be ashamed of these acts, but apparently Armenia still doesn’t realize it.”

“On the other hand, the Military Trophy Park is a call for the whole world. It should be perceived as a message to the revanchist forces - to those who seek out foreign lands. There are plenty of such parks or museums in the world, for example, the ‘Museum of War Victims’ in Vietnam’s Ho Chi Minh city,” he further said. “The museum, housed in several buildings, displays trophies of military equipment, including an F-5 fighter jet, a UH-1 military helicopter, bombers, tanks and remnants of phosphorus bombs. Among the exhibits are wax figures, through which the torture of the Vietnamese by French soldiers, scenes of executions are shown.”

“Another example - in the Moscow Park of Culture and Leisure in 1943-1948 military equipment taken as trophy by Soviet army from German Hitler’s army was demonstrated. Within five years, the park has been visited by 7.5 million people,” he said. “Currently, there are several museums in Belarus demonstrating the atrocities committed by the German fascists."

Mirzabayli noted that demonstration of war trophies by Azerbaijan, which liberated its territories from Armenian occupation, shouldn't surprise anyone.

Azerbaijan had liberated its territories from Armenian occupation as a result of the 44-day war from late Sept. through early Nov.2020.