The International Volunteers Forum of Islamic Countries has been held in Baku, Trend reports on Feb. 27.

The event was attended by about 80 representatives of 42 countries.

The forum, organized by Azerbaijan’s Ministry of Youth and Sports as part of the Year of Volunteers, is aimed at encouraging volunteer activity among young people and expanding the ties of international youth cooperation.

Speaking at the event, Azerbaijani Minister of Youth and Sports Azad Rahimov noted that the volunteer movement has more than 100 years of history.

“The principles of the movement have changed, and volunteers are involved in social issues, in the field of sports, environmental culture, etc,” Rahimov added.

The minister emphasized that Azerbaijan is one of the countries that actively support volunteer activities.

Then the event was continued by speeches.

By the order of Azerbaijani President Ilham Aliyev dated Dec. 30, 2019, the year 2020 was declared the Year of Volunteers in Azerbaijan. 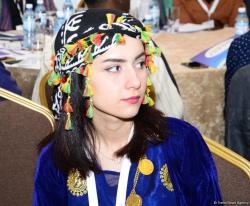