The State Agency of Azerbaijan Automobile Roads has built 11 more multi-profile highways with a total length of 2,460 meters within road infrastructure projects in the ‘White City’ in Baku, the agency told Trend.

According to the state agency, 4 and 2-lane roads were built on different streets of the city as part of the work.

As reported, 220,000 cubic meters of earthworks were carried out on these streets, a new roadbed was built, and all the necessary underground communications were laid. Work on laying a three-layer asphalt-concrete pavement with a thickness of 27 cm on an area of ​​16,000 square meters has also been completed.

“The central street of the same name, on which the Karabakh Horses Square is located, forms a 2-kilometer unobstructed pedestrian alley from Babek Avenue in the north, along the Fountain Square and the pedestrian crossing over Nobel Avenue to White City Boulevard. The opening of the street will provide another convenient passage from the White City to Babek Avenue,” said the agency.

To date, within the framework of road infrastructure projects, a total of 12.7 kilometers of roads have been built and commissioned in Baku’s White City. In general, at the first stage of the project, 63 intersecting roads with a total length of 22.4 kilometers and a width of 16 to 47 meters will be built in the ‘White City’. The roads consist of two, four, and six lanes, each 3.5 meters wide, and the sidewalks are three, six, and 10 meters wide. 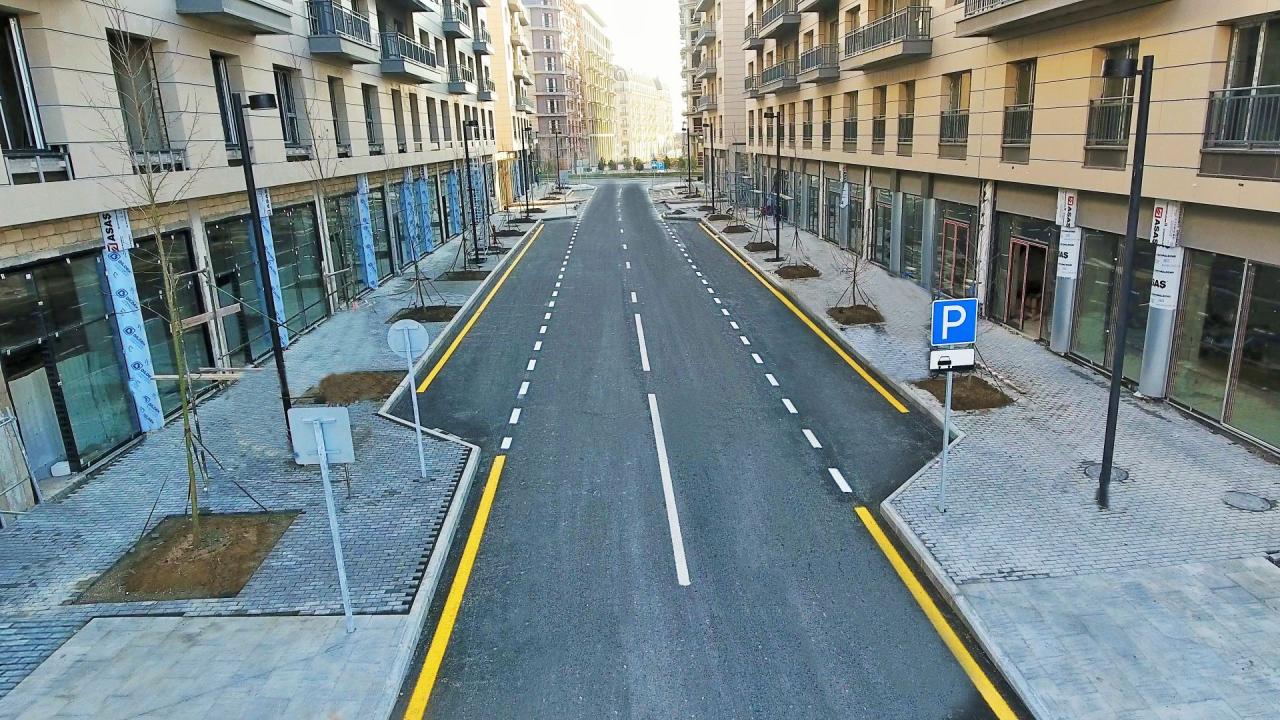