The treatment and rehabilitation of 43 more veterans are underway in Turkey and the Yashat Foundation monitors the treatment process for servicemen until they are fully recovered. In addition, the foundation also provides medicines for the treatment of servicemen. 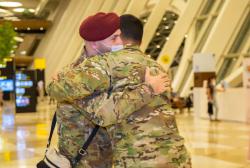