Azerbaijan's incredibly talented singer Muslim Magomayev would have turned 80 years old this year. His timeless songs continue to give the audience goosebumps.

Fans of his music gathered outside a Muslim Magomayev statue in Moscow on August 17 to pay tribute to the prominent singer, Azernews reports, citing Azertac.

Head of the Humanitarian Programs Department of the Heydar Aliyev Foundation's branch in Russia Tamilla Ahmadova spoke at the solemn event and noted the singer's valuable contributions to the enrichment of the Azerbaijani musical culture.

He reminded that Muslim Magomayev called Azerbaijan his "father" and Russia his "mother" and that the talent that won the hearts of millions of listeners was the product of the centuries-old cultures of the two peoples.

The representative of the Heydar Aliyev Foundation said that the statue of the world-famous singer was inaugurated in Baku's Seaside National Park with the participation of President of Azerbaijan Ilham Aliyev and First Lady Mehriban Aliyeva.

"This is great, real, pure, heartfelt art. There are enough beautiful, skilled, and loud vocalists, but our genius Muslim Magomayev performed with fantastic grace. Muslim Magometovich has done more with his creativity in terms of bringing together the hearts of many politicians and millions of people of different nationalities and religions," he said.

Tayara Valimatova, the author of the book "My Eternal Love" dedicated to Muslim Magomayev, shared her memories of meetings with the genius singer and his spouse Tamara Sinyavskaya.

"The choice of the book title by Tamara Sinyavskaya is of particular importance to me. The novel "Eternal Love" was published with 500 copies. I distributed all the books as a gift to true fans of the genius of the 20th century Orpheus," said the writer.

Fans of Muslim Magomayev's work performed songs from his repertoire in front of his monument and shared their memories of the singer.

Notably, the singer's birthday is also widely celebrated in Azerbaijan.

The Green Theater Concert Complex in Baku hosted a concert dedicated to the musician.

Furthermore, the Heydar Aliyev Palace will host another concert dedicated to the prominent singer on October 25.

Famous pop singer Emin Agalarov (EMIN) will perform as a special guest at the concert which marks the 80th anniversary of the famous singer and composer. It should be noted that the composition "Blue Eternity" by the legendary Muslim Magomayev occupies a special place in EMIN's repertoire.

The songs from Muslim Magomayev's repertoire will be performed by well-known artists during the concert to be held within the framework of the "Everlasting Songs" project. 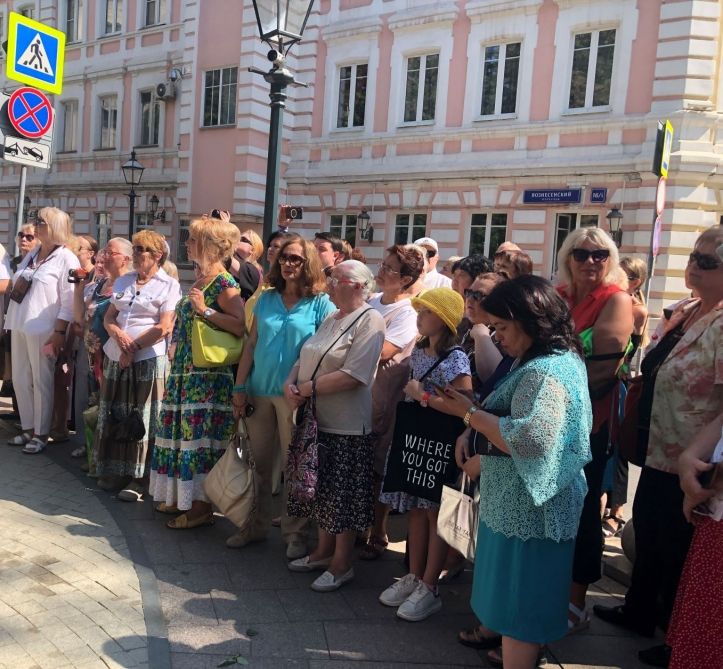