On the eve of its new 99th season, Russia’s Vakhtangov Theater will go for a tour to the capital of Azerbaijan from September 1 to 4.

The tour will be held as part of the Music. Art. Performance International Theater Festival in Baku, as well as within the foreign part of the Big Tour program of Russia’s Federal Center for Support of Touring Activities.

On September 1-3, three shows of "Eugene Onegin", staged by Rimas Tuminas on the stage of the Azerbaijan State Academic Musical Theater, will be held.

In addition, on September 3, the spectators will have an opportunity to watch a performance directed by Mikhail Tsitrynyak, “Scream of Crawfish”.

Finally, on September 4, the theater will show the "Medea" performance on the stage of the Azerbaijan State Academic Russian Drama Theater named after Samad Vurgun.

The creative life of the Vakhtangov Theater is inseparable from ancient Russian culture, but at the same time it sets its gaze on the future. The theater’s creativity remains committed to the legacy of its founder, the outstanding director and personality Evgeny Vakhtangov.

The Vakhtangov Theater has conquered the hearts of millions in Russia, Paris, London, Vienna, Venice, Athens, Stockholm, Prague, Warsaw, Berlin, Budapest, Madrid, and many other cities. 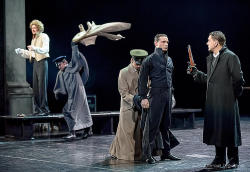 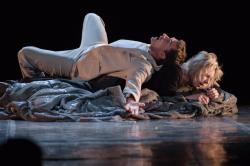