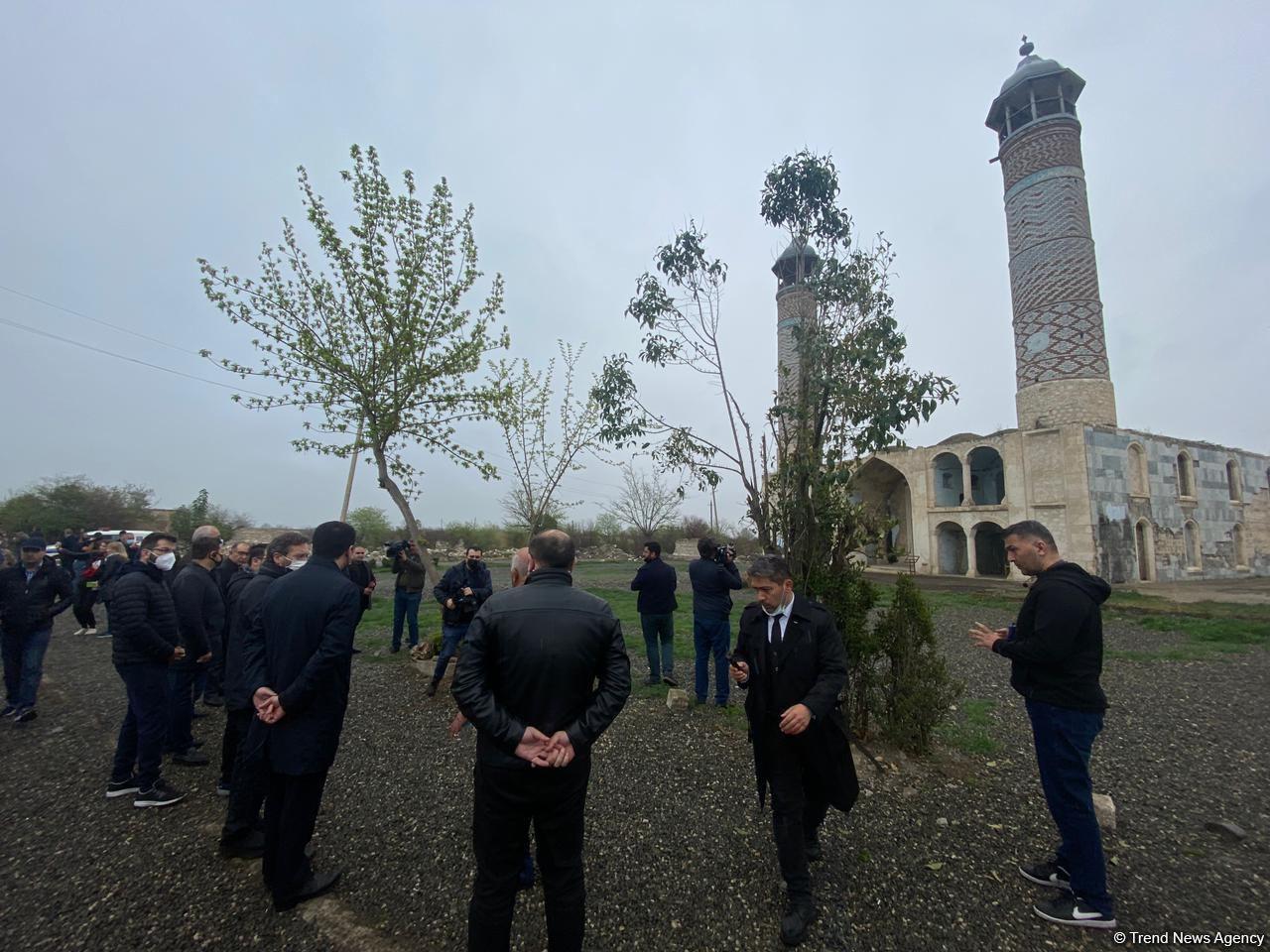 The visit of the delegation of the Cooperation Council of Turkic-Speaking States (Turkic Council) to Azerbaijan’s Aghdam city liberated from the Armenian occupation continues, Trend’s Karabakh Bureau reports on April 11.

The ministers and high-ranking officials, dealing with information and media, of the Turkic Council visited the Aghdam Juma Mosque.

The guests reviewed the Aghdam Juma Mosque destroyed by the Armenians.

"The destruction in Aghdam city is a vivid example of the Armenian barbarism," the message said. "The Armenians committed unprecedented acts of vandalism against the historical and cultural heritage of Azerbaijan both in Aghdam and in other occupied districts. All monuments, centers of culture, mosques and cemeteries in the district were destroyed and desecrated while some monuments were changed to resemble the Armenian ones."