All tank units of Azerbaijani Armed Forces hold training according to the preparedness plan for 2016, Azerbaijan's Defense Ministry reported on October 17.

The main purpose of the training is to improve the skills of military personnel of the tank units on driving tanks in flat and rugged relief terrain and also its management during military operations.

During the training, tank crews perform exercises on driving armored vehicles with overcoming natural and artificial obstacles, as well as carrying out variety of maneuvers and firing.

The Azerbaijani Army, which today is considered the most modern army in the Caucasus, is consisted of Air Force and Air Defense Forces, the Navy, and the Land forces. 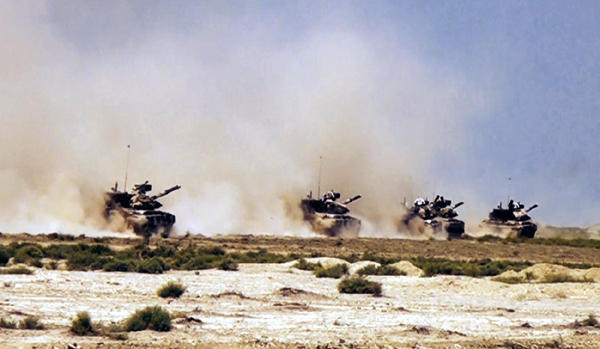