The Film "In Between Dying" by Hilal Baydarov has been successfully screened at the 77th Venice International Film Festival. The film was included in the festival's main competition program.

The film screening was attended by director Khilal Baydarov, director of photography Elshan Abbasov as well as actors Orkhan Iskandarli, Rena Askarova and Huseyn Nasirov. The film cast walked the red carpet and took part in a press conference.

Founded in 1932, the festival is part of the Venice Biennale, one of the oldest art exhibitions, created by the Venice City Council.

The range of work at the Venice Biennale now covers Italian and international art, architecture, dance, music, theatre, and cinema. 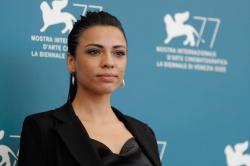