The dynamics of relations that have developed between Kazakhstan and Hungary clearly demonstrate the desire of the parties to consistently develop cooperation based on mutual interests.

The parties discussed the macroeconomic situation of the two countries and further cooperation in the financial market.

They paid special attention to cooperation in the field of tax digitalization and customs administration.

In order to exchange experience in this field, the parties signed a memorandum of understanding on cooperation in the field of tax digitization and customs administration.

At the end of the meeting, both sides expressed hope for further fruitful cooperation between the two countries.

Kazakhstan is Hungary’s 4th largest trading partner among the CIS countries (after Russia, Ukraine and Belarus). In 2018, trade between two countries amounted to $139.2 million, while in 2017 the figure was $156.4 million, according to customs statistics.

Over the quarter century of partnership, trade and economic relations have been actively developed, a number of joint economic projects have been successfully implemented, a joint agricultural direct investment fund has been created, and the Hungarian Trading House opened in Nur-Sultan. Hungarian oil and gas company MOL is among the major investors in Kazakh economy. 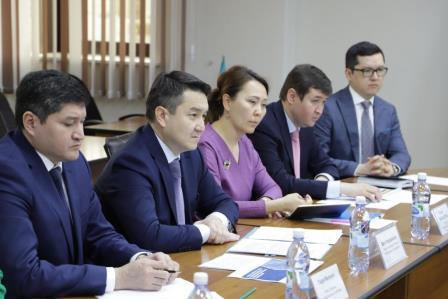