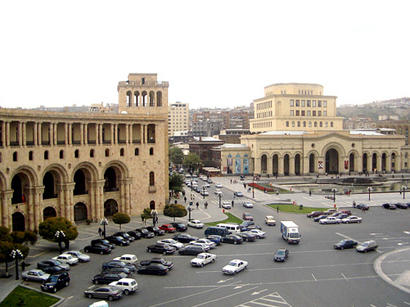 Instead working to advance the settlement of the Nagorno-Karabakh conflict, Yerevan is trying to maintain the current situation at any cost. In this case, the international community should realize that the only way out of the current situation should be the active participation of all mediators in the negotiation process and increasing its pressure on Yerevan.

Recently, Leyla Abdullayeva, spokesman for the Foreign Ministry, stressed that Azerbaijan does not hold meetings just for the sake of meetings.

Azerbaijan's patience is not unlimited, she noted. The occupying forces of Armenia must fulfill the requirements of the UN Security Council resolutions and leave the territory of Azerbaijan. International law should be the same for all, and there should be no double standards. No one may have exclusive rights.

Armenian Prime Minister Nikol Pashinyan continues to deceive the Armenian public and the Diaspora about his plans for the Nagorno-Karabakh settlement.

In fact, Pashinyan does not have any plans for the settlement of this conflict. He has already demonstrated that he is not able to solve Karabakh issue since it completely depends on the nationalists’ approaches for this question. Attempts to take a step towards the peace process almost cost him the complete loss of voters' trust.

Pashinyan argues that the meeting with the President of Azerbaijan should take place without an agenda, but its main focus will be a discussion of the negotiation format.

In fact, the Armenian Prime Minister tried in advance to convey to the nationalist Armenians that he goes to the meeting only to discuss the connection to the separatist negotiations and there are no other issues on the agenda.

Naturally, the Azerbaijani side does not share his opinion and is not going to discuss the connection of Karabakh’s occupied regime with Yerevan.

In this regard, the statement recently made by the head of the Armenian National Congress Levon Ter-Petrosyan is very remarkable.

As it is known, Ter-Petrosyan was overthrown by the Karabakh clan for his peace-loving position. All these years, he continued to hold the view that Armenia will have to give up the territories until the conflict can be resolved peacefully.

Speaking at the Congress of ANC in December 2016, he made a very wise statement.

“Already 18 years, the regime continues the policy of eternal confrontation with Azerbaijan and Turkey, which in this short period of time has led to big economic, social, demographic, and moral-psychological destruction in Armenia and Karabakh. This means that the region will continue to undergo this destruction until nothing remains of Armenia and Karabakh, and the problem itself will lose its relevance".

At that Congress, Ter-Petrosyan advanced the Peace, Reconciliation, Good Neighborhood campaign slogan of the ANC and stressed that only peace with its neighbors could save the Armenian nation.

It seems that due to this slogan, Ter-Petrosyan’s party failed at the election. Unfortunately, Armenian society is too zombie by propaganda to accept this simple truth - the future of Armenia is entirely dependent on peace with neighboring Azerbaijan.

Pashinyan managed to avoid the Karabakh topic in the days of the April revolution. He tried to avoid this dangerous theme for him also in future but failed. When he realized that constructivism in the position of Armenia in the negotiations could deprive him of the support of the population, he decided to lead the negotiations into a dead end.

Today, Ter-Petrosyan rejected his former views for the sake of maintaining power by Nikol Pashinyan, who was greatly compromised by his fellowship with him in the eyes of the zombie masses.

However, sooner or later, Armenia will have to realize that it is useless to delay time. The sooner this conflict is resolved, the better it will be for the Armenian citizens themselves.