The year 2020 finally came to an end. For ANIMAFILM, the last year was full of new experiences and big projects.

Let us walk you through a quick recap of the thrilling ride that 2020 presented us with.

Here are the achievements of ANIMAFILM International Animation Festival in 2020:

The festival held the event titled "Animafilm in Sheki" on January 20. Moreover, the festival organizers met with the Head of Sheki City Executive Power and discussed future cooperation.

Supported by the Nizami Cinema Center, ANIMAFILM held the second round table on the topic "The Future of Azerbaijan Animation" on January 21. The meeting brought together employees of private and state animation studios.

The participants of the round table came to an agreement that in the near future it is necessary to create a public association in the field of animation.

In March, ANIMAFILM organized two festive contests timed to Novruz and New Year. The winners of the contests received the book "Azerbaijan Animation" as a gift.

In May, the festival organizers founded ANIMAFILM Studio aimed at producing own animation films and videos.

As a result, the studio filmed a short animation film "Stay at home, Tomato!" and a trailer for the 3rd ANIMAFILM festival.

A new studio project, animated series for children "Aydin and Aydan" won first place in the start-up competition "Digital solutions in the field of culture and creativity".

The competition was announced by the Azerbaijan Ministry of Culture and the Creative Azerbaijan portal.

The festival became the only offline cultural event in Azerbaijan during the war. The theme of the third festival was "Children of Azerbaijan". A children's jury of 31 children was formed as part of the festival.

Hafiz Akperov, author of the cartoon "A Man in the Forest", received the Golden Boat award for his contribution to the development of Azerbaijani animation.

About 15 winners were awarded in 13 international and local competitions. The results of the festival were widely covered in the press.

Video reports from the festival were published on the official YouTube channel.

Two online meetings were organized with the participation of the organizers of Azerbaijani film festivals on September 25 and December 2.

Initiated by ANIMAFILM, the meetings were focused on the creating friendship connections and cooperation between film festivals in Azerbaijan.

Apart from that , ANIMAFILM organized a screening of the winning films of the 3rd ANIMAFILM festival for students of the Film School at Azerbaijan Union of Film-makers on November 6.

Concept for the development of Cinema in Azerbaijan

On December 30, ANIMAFILM joined in the discussion "Concept for the development of Cinema in Azerbaijan", which is being written by the decree of President Ilham Aliyev dated March 1, 2019.

The discussion was organized by the Cinematography Department of the Azerbaijan Ministry of Culture.

At the end of December, ANIMAFILM held a New Year's charity event for children with visual impairments. The initiative was supported by the "27qm Gallery" and the Azerbaijani Society of the Visually Impaired.

During the charity event, nearly 11 paintings from the "Eyebrows" series Belarusian-Czech artist Olga Yakubovskaya were sold and 600 AZN (around 350 USD) was raised. With these funds, the project participants bought New Year's gifts for 10 children with visual impairments living in Ganja, Balaken, Zardab and Baku.

Festival ANIMAFILM wishes you the brightest and most joyful impressions, inspiration, health and good luck in the New Year! 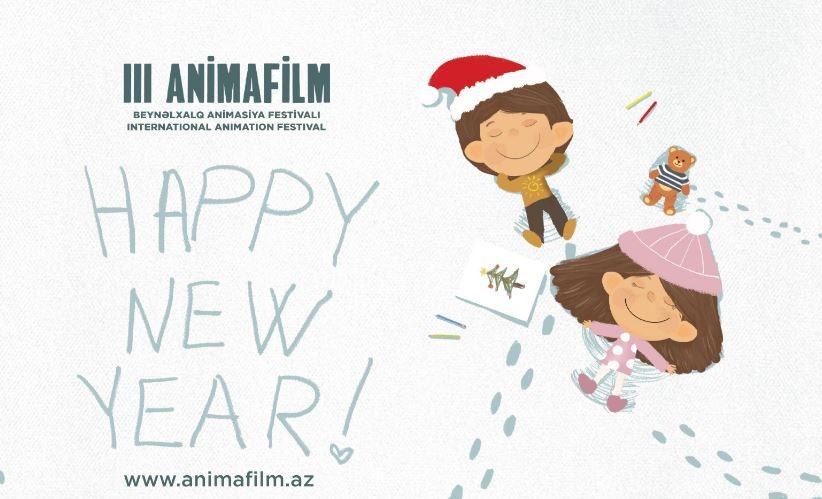