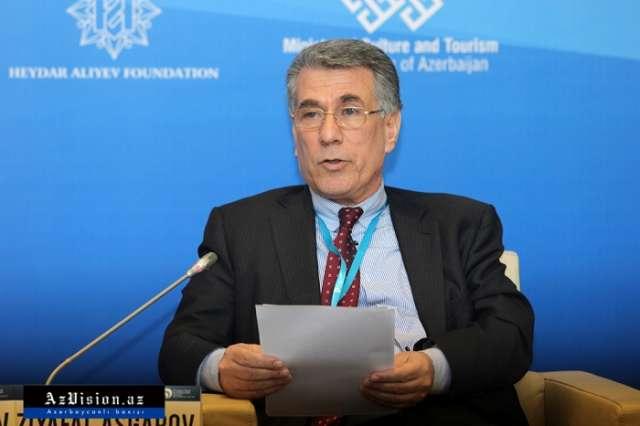 Senior MP Ziyafat Asagarov has said that Yerevan avoids cooperating with Baku over finding Azerbaijani citizens, who went missing in the first Karabakh war in the early 1990s.

Asgarov made the remarks in an interview with the local media on the eve of the International Day of the Disappeared on August 30.

“It is clear that Armenia, which treated captives and hostages in violation of international law and killed them brutally in most cases, does not want to cooperate in this direction to ensure that its criminal deeds are not revealed. However, it forgets that the Azerbaijani people and state never forget their sons and citizens. It takes and will take necessary steps to protect their rights and bring perpetrators to justice," he said.

The MP stressed that although the conflict ended, 3,890 Azerbaijanis captured and taken hostage by Armenia have been registered as missing persons.

"On the eve of August 30 - the International Day of the Disappeared, we are face to face with this bitter truth,” Asgarov said.

The MP underlined that Armenia grossly violated numerous international legal norms and international humanitarian law requirements during its military aggression against Azerbaijan for about 30 years.

"In many cases, after unbelievable tortures to captives and hostages, they have been killed and even their bodies have not been handed over to Azerbaijan in order to hide signs of torture," he added.

The MP noted that Armenia turned captives and hostages into anti-Turkish, anti-Azerbaijani ideological and propaganda tool and demonstratively humiliated and insulted them in squares by handing them over to the civilian population to increase hatred.

They were forced to appear on various TV channels and give interviews against their country. The captives and hostages were used as slaves in the demolition and looting of historical monuments, cemeteries, houses and office buildings in Azerbaijan's occupied settlements, in other words, in acts of vandalism and in harmful industries.

He stressed that they were involved in secret cooperation against Azerbaijan, were forced to commit terror acts, to testify against each other, to commit physical violence, humiliating and insulting acts against each other. Moreover, they were tortured and held in inhumane conditions regardless of their age and gender.

Asgarov said that the captives and hostages were also held in prisons along with Armenian nationals committing serious crimes in Armenia. In violation of the Geneva Conventions, their illegal interrogation was accompanied by horrific torture to obtain various information. They were used as medical and other experimental objects and were electrocuted.

The MP spoke about the procedures of radiation and unknown injections to their bodies.

He added that in most cases, Azerbaijani missing citizens' rights not to be tortured, to be recognized as individuals before the law, to enjoy freedom and inviolability, and to live have been violated. At the same time, Armenia violates the missing persons' right to receive information about their relatives.

"Even our compatriots registered with the International Committee of the Red Cross [ICRC] as captives and hostages were later killed or disappeared. For example, according to official data provided to Azerbaijan in 1998 and 2001, the ICRC visited 54 Azerbaijani citizens held hostage by Armenia during military operations in Armenia and in our former occupied territories, and they were officially registered with the organization. However, Armenia later killed 17 of those 54 people and returned their bodies, and the plight of the others is still unknown," the MP said.

Over 1,200 taken hostage in Khojaly

He underlined that 1,275 Azerbaijanis were taken hostage during the Khojaly genocide. The fate of 196 of them, including 36 children and 65 women, remains unknown.

He said that Azerbaijan takes all relevant measures in line with international and national law over missing citizens and their family members.

"Our country is taking the necessary steps to ensure that the crimes committed by Armenia are assessed in accordance with international law. Armenia must not forget that it will not be able to escape responsibility and will sooner or later be held accountable for all its crimes," Asgarov said.

He noted that the State Committee for Missing Persons implements measures related to the repatriation of hostages, search for missing persons, collects information about them.

Azerbaijan works to draw global attention to the issue of missing and hostages.  At Azerbaijan's initiative, the UN General Assembly adopts a resolution on "Missing Persons" every two years. Azerbaijan is also the main initiator of the resolution on the release of women and children taken hostage during armed conflicts, adopted by the UN Commission on the Status of Women.