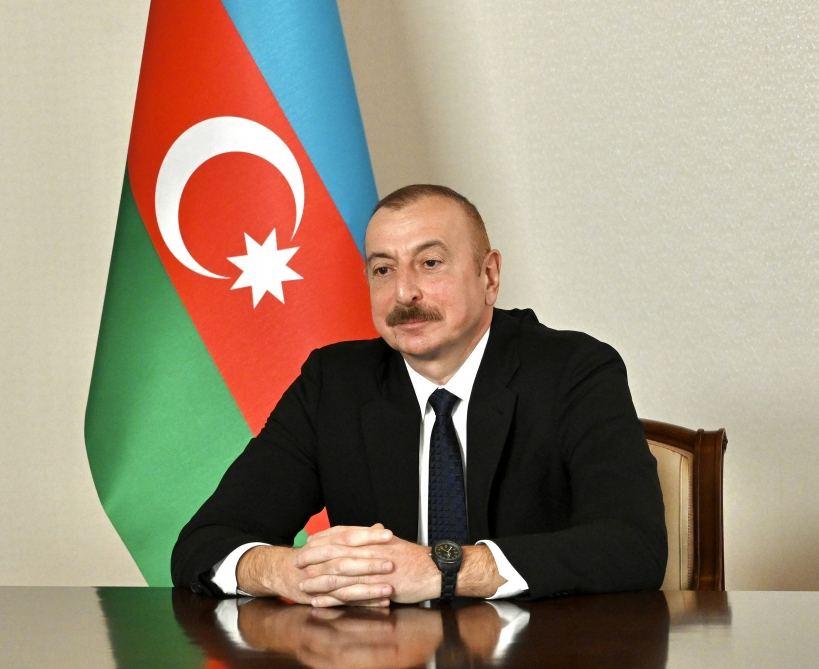 Azerbaijan and Turkmenistan signed a Memorandum of Understanding on joint exploration, development of hydrocarbon resources of the Dostlug field in the Caspian Sea on January 21.

The field, which is called "Kapaz" in Azerbaijan and "Sardar" in Turkmenistan, is located on the maritime border between the two countries and was discovered by Azerbaijani oilmen.

The first exploration well was drilled here in 1989, but the development of the field was impossible for many years due to its location on the marine border. The successful economic strategy of Azerbaijani President Ilham Aliyev has created conditions for a satisfactory solution to the issue for both sides.

In his speeches earlier the president announced innovations in the energy sector. Along with the historical significance of this agreement between the two countries, this also marks the beginning of a new stage in the development of Azerbaijan's oil and gas strategy.

What is the economic contribution of this agreement to Azerbaijan?

- In accordance with the agreement, the oil and gas that will be produced in the field will be transported through Azerbaijan's perfect and comprehensive infrastructure and export pipelines.

- This will increase the importance of Azerbaijan in the region as a transit country.

- This agreement will contribute to the development of the Trans-Caspian pipeline project, as a result of which the Turkmen gas will be supplied through Azerbaijan to the European market.

- The document will also contribute to strengthening dialogue and cooperation on the division of the Caspian Sea bed.

International experts highly appreciate the importance and prospects of this memorandum

The joint development of the Dostlug field by Azerbaijan and Turkmenistan opens up even more opportunities for exploration in the Caspian Sea, senior analyst at independent Norwegian Rystad Energy research and consulting company Swapnil Babele told Trend.

Babele stressed that the field is located in close proximity to the giant Azeri-Chirag-Gunashli (ACG) block of fields, which gives Turkmenistan the opportunity to transport hydrocarbons produced at the field through the existing structures to Azerbaijan.

“Azerbaijan already has experience in developing offshore fields as most of the producing fields are located in close proximity to ACG and Dostlug,” a senior analyst added.

"Both Azerbaijan and Turkmenistan are seeing a decline in liquid hydrocarbon production and this project will help them maintain production in the short term,” a senior analyst said. “This agreement may create the basis for new negotiations on the long-proposed Trans-Caspian pipeline, may open up new gas markets for Turkmenistan, which mainly exports gas to China. Azerbaijan has already started to supply gas to South-Eastern Europe through the network of gas pipelines, which are part of the Southern Gas Corridor."

“The signing of a memorandum of understanding between Azerbaijan and Turkmenistan regarding the exploration and development of the Dostlug oil and gas field in the Caspian Sea is an important step,” senior fellow at the Policy Center for the New South (PCNS, Rabat) and the French Institute for International and Strategic Affairs (IRIS, Paris) Francis Perrin told Trend.

“Firstly, this agreement must lead to the development of an additional hydrocarbon field in the Caspian Sea,” senior fellow said.

"Secondly, this can help advance the Trans-Caspian pipeline project,” Perrin added. “Besides Dostlug, the connection of Turkmenistan, which controls huge gas reserves, with the European market through Azerbaijan will be one of the main advantages of this pipeline scheme. The European Union is trying to diversify gas supply sources and the region of the Caspian Sea is part of this strategy. Europe began to import Azerbaijani gas through the Southern Gas Corridor about three weeks ago. Thirdly, this could be a good test of the implementation of the Convention on the Legal Status of the Caspian Sea, signed in August 2018 by five coastal countries, namely, Azerbaijan, Iran, Kazakhstan, Russia, and Turkmenistan."

Perrin added that another reason for the importance of this memorandum is that it must lead to the development of energy and economic cooperation between Azerbaijan and Turkmenistan.

“These two countries have great potential in terms of energy partnership and Dostlug is the opportunity to realize part of this potential," a senior fellow said.

“The Memorandum of Understanding on the joint development of the Dostlug field will open a new chapter in the cooperation between Azerbaijan and Turkmenistan in the Caspian Sea,” Bruce Pannier, US expert on Central Asia, told Trend.

“This project will greatly increase Azerbaijan's potential on oil sale,” Pannier added. "Azerbaijan and Turkmenistan are located in favorable places for trade between the East and West and if the countries manage to expand shipping routes across the Caspian Sea, they will be able to receive big revenues as transit countries for goods which are supplied between China and Europe.”

“The work on a joint project such as Dostlug is a new pillar of cooperation that could be expanded to other spheres, including ensuring a transit route for trade through the East-West route,” the US expert said.

“Azerbaijan is a transit hub,” the US expert said. “There is a new port in Alat, sea trade is being expanded, there are plans to expand railway both from east to west and from north to south, pipelines go from the Azerbaijani coast to the fields in the Caspian Sea and in the opposite direction through the Caucasus to Turkey and Europe. But at the same time, the Turkmen direction in the trade and export network of Azerbaijan is insufficiently developed."

“This agreement is also beneficial for Turkmenistan because the absence of energy export routes hampers the country,” the US expert said. “The cooperation with Azerbaijan in the development of the Dostlug field not only will increase oil production in Turkmenistan but will also further strengthen the relations between the two countries. Turkmenistan would welcome the opportunity to ship more oil through Azerbaijan to the western markets and gas to the same markets through pipelines in Azerbaijan.”