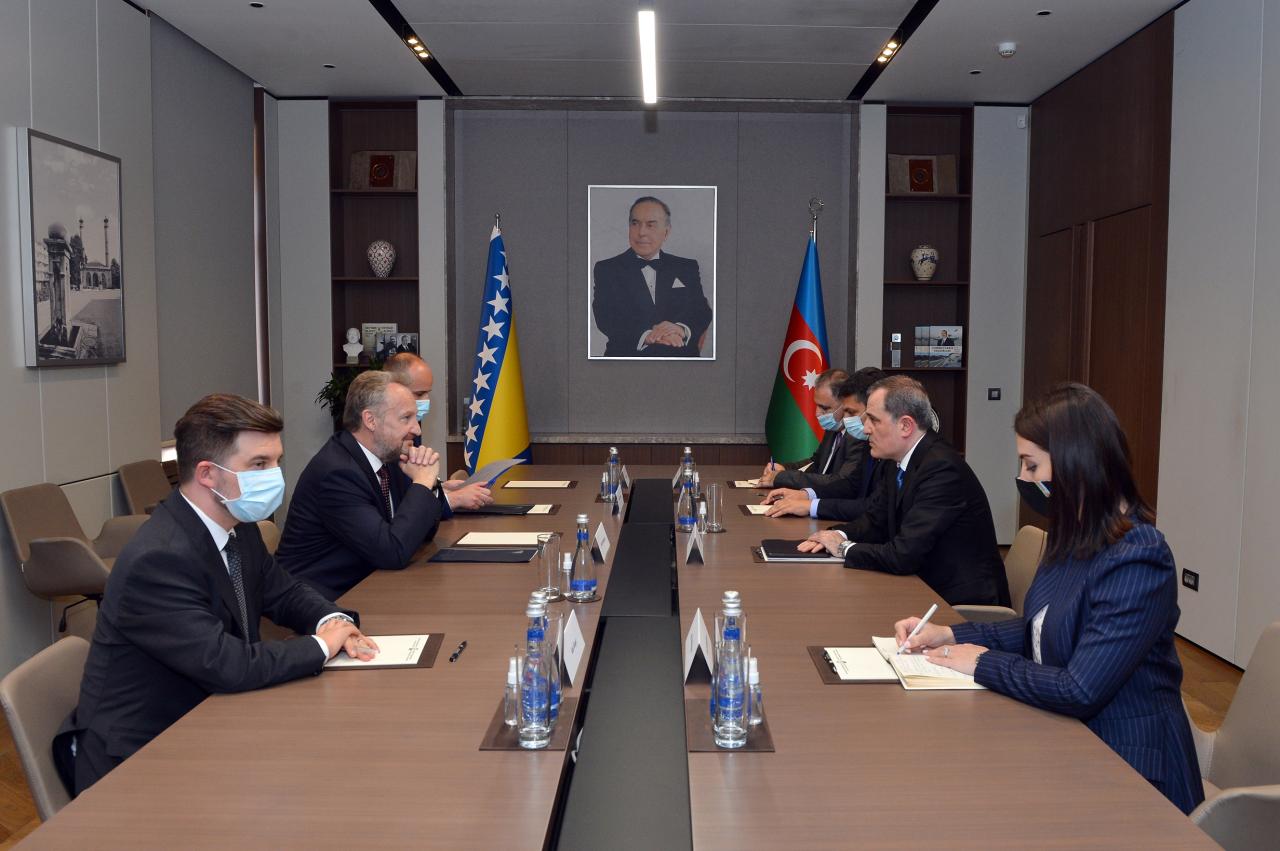 Azerbaijani Foreign Minister Jeyhun Bayramov and Speaker of the House of Peoples of Bosnia and Herzegovina's Parliamentary Assembly Bakir Izetbegović have discussed the Armenian-Azerbaijani border tensions and the regional situation.

At a meeting held on June 9, Bayramov spoke with satisfaction about the friendly and cooperative relations between Azerbaijan and Bosnia and Herzegovina. He said that the continued support of the two countries for each other's sovereignty and territorial integrity, along with respect for the basic principles of international law is at the heart of bilateral relations.

Bayramov briefed  Izetbegović on the current regional situation, especially the recent Armenian-Azerbaijani border tensions, as well as Azerbaijan's adherence to a negotiated settlement of the existing disagreements, the landmine threat in the liberated areas, and the restoration in Karabakh.

Izetbegović stated that he paid his second visit to Azerbaijan and witnessed the development in the country. He noted that Bosnia and Herzegovina supports Azerbaijan's position, which is based on international law. Speaking about his visit to liberated Aghdam region as part of his official visit to Azerbaijan, the speaker expressed regret about the scale of the destruction in the liberated lands. Izetbegović accentuated the importance of finding a common ground for coexistence with neighbouring countries while referring to his country as an example.

The sides also discussed prospects for the development of bilateral relations, and cooperation within international organizations.

It was underscored that reciprocal opening of embassies in both countries will have a positive impact on the development of bilateral relations.

Since the end of the last year's war, Armenian-planted mines on Azerbaijan's liberated territories killed 27 of over 140 victims.

President Ilham Aliyev earlier described Armenia’s failure to provide the mine maps as the main difficulty for Azerbaijani IPDs to return to their homes. He said that this is yet another war crime by Armenia as several servicemen and civilians were killed in mine blasts on the liberated territories after the war.