Works of Azerbaijani sculptors on display in Moscow [PHOTO]

The Russian State Museum of Oriental Arts has showcased works by Azerbaijani sculptors, restored with the support of the Heydar Aliyev Foundation, Azernews reports, citing Azertac.

The sculptures were shown as part of the exhibition "Remembering Socialist Realism. Azerbaijan. Easel Sculpture of the 1940s-1950s" organized with the support of the Heydar Aliyev Foundation.

The exposition included works by People's Artists of Azerbaijan Jalal Garyagdi, Fuad Abdurahmanov, Pinhos Sabsay, a member of the Union of Artists of the USSR, Eljan Shamilov, and Huseyn Ahmadov.

Speaking at the opening of the exhibition, the head of the Humanitarian Programs Department at Heydar Aliyev Foundation, Tamilla Ahmadova, noted that the long-standing and fruitful cooperation between the Russian State Museum of Oriental Arts and the Heydar Aliyev Foundation contributes to the rapprochement between Azerbaijan and Russia.

"It is rightly said that art is soft power in world politics. Thanks to art, people come closer, understand each other, and learn the national and cultural code. The Heydar Aliyev Foundation, realizing all the creative power of art, led by its leader, President of the Heydar Aliyev Foundation Mehriban Aliyeva, is carrying out colossal, titanic work to preserve the national heritage not only of Azerbaijan but also of other countries," said Tamilla Ahmadova.

She recalled the foundation's projects implemented in Italy, Germany, and France.

"A lot of initiatives come from the Vice-President of the Heydar Aliyev Foundation Leyla Aliyeva. They affect almost the entire humanitarian sphere. Today we are present at a unique exhibition, and this once again confirms the careful attitude of the Foundation to art," she said.

According to Tamilla Ahmadova, their works have become classics.

"I think that this is not our last project in a series of joint initiatives. Such events are part of our development of friendly, good neighborly relations between Russia and Azerbaijan," she added.

Director of the Russian State Museum of Oriental Arts Alexander Sedov said that this exhibition can be considered a continuation of the exhibition "Echo of Soviet Azerbaijan. Carpet. Embroidery. Posters", held jointly with the Azerbaijani Carpet Museum.

"We found in our storerooms the wonderful works of famous Azerbaijani sculptors, which entered the museum's collection in 1950-1960. Art is eternal, and including the art of socialist realism is also interesting," he said.

The director of the museum spoke about close cooperation with the Heydar Aliyev Foundation and thanked it for participating in the restoration of classical art objects of easel sculpture in Azerbaijan.

Counselor of the Azerbaijani Embassy in Russia Zaur Pashayev congratulated those present for the opening of the exhibition and conveyed greetings from Azerbaijani Ambassador to Russia Polad Bulbuloghlu.

Head of the Scientific Restoration Department at the Russian State Museum of Oriental Arts Olga Myagkova highlighted the process of restoration of exhibits.

The exhibition will last until October 30, after which it will be shown in the Azerbaijan pavilion at VDNKh, known as All-Russia Exhibition Center. 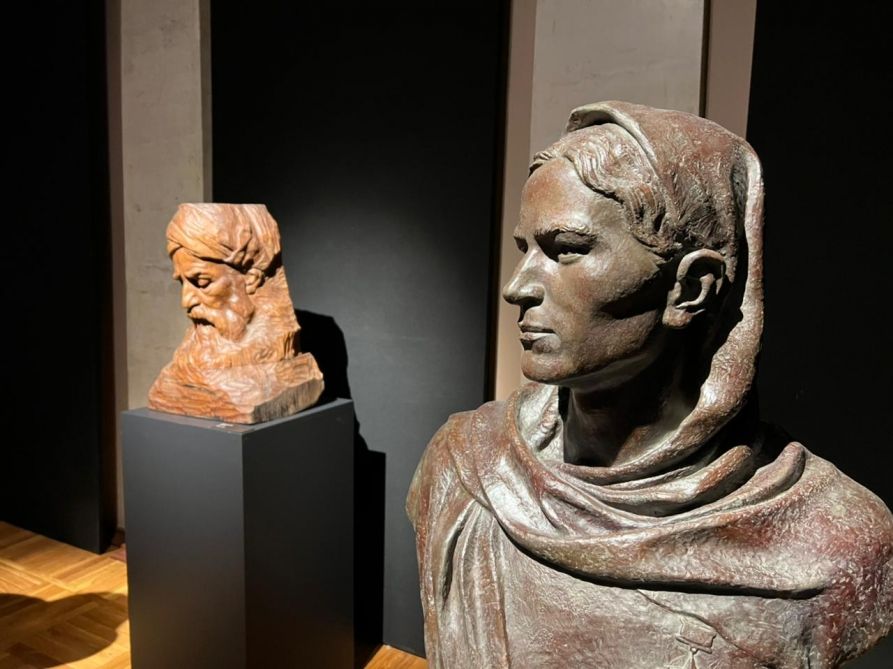