Fikrat Amirov's "One Thousand and One Nights" has opened the Rudolf Nureyev International Festival of Classical Ballet.

The Primorsky Stage of the Mariinsky Theater staged the ballet's new version directed by the Honored Art Worker of Russia Eldar Aliyev.

"Arabian Nights" was presented to the audience under the direction of the chief conductor and musical director of the Azerbaijan State Academic Opera and Ballet Theater, Honored Artist of Azerbaijan Ayyub Guliyev.

More than 300 costumes with hand embroidery were made for the ballet show. Some of them were made at the workshop, while most were by experienced craftsmen in St. Petersburg. 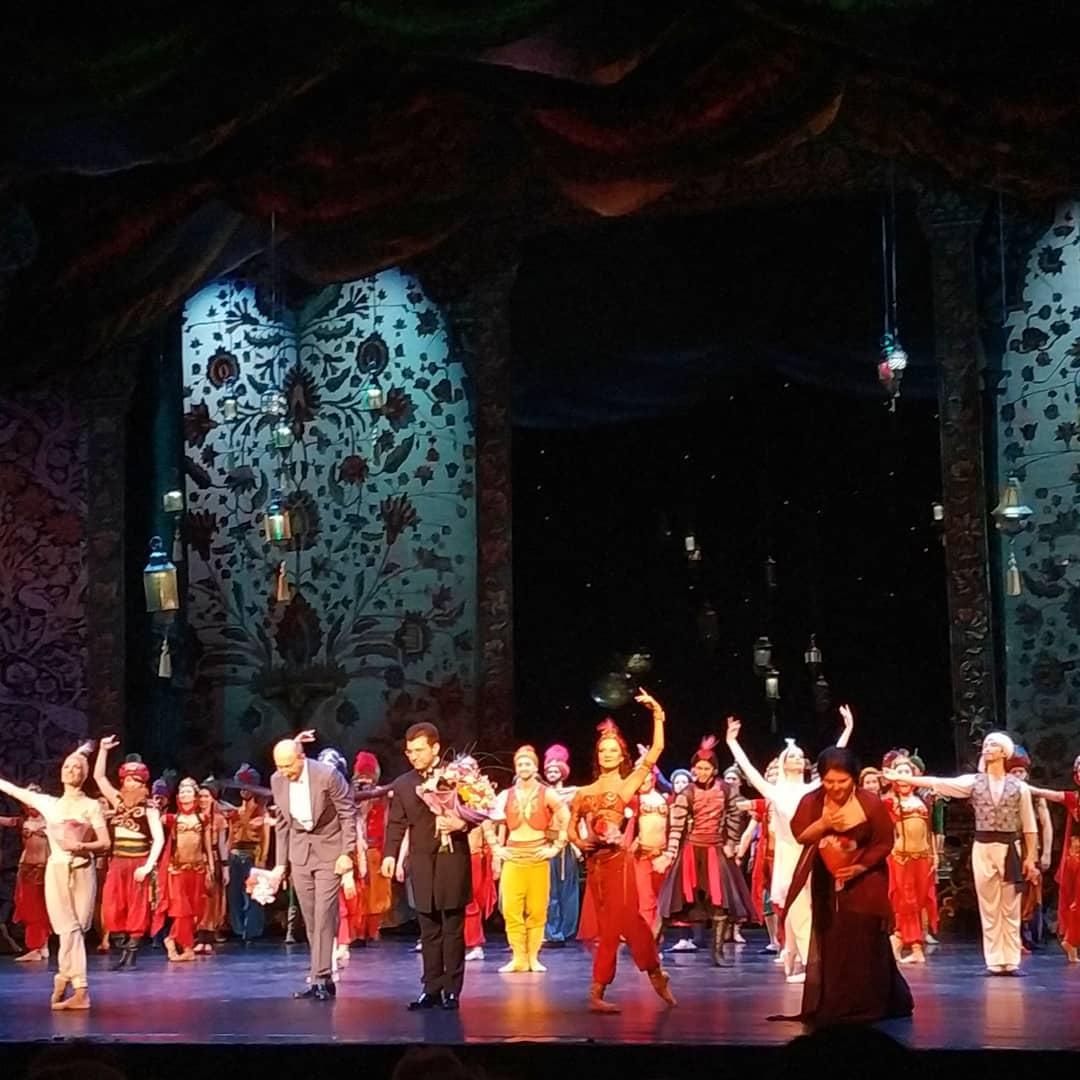