Ancient artifacts have been discovered in Shabran. The pottery belonging to the Kur-Araz culture, various tools made of bone and stone, two bronze pendants, a model of a clay wheel, a stone token (a figure used for exchange, computational purposes, etc.), a zoomorphic clay figure were found at the site.

Remains of buildings discovered this season differ from those found in previous years. Some findings drew a particular attention of archeologists. These artifacts include five poles, two brick columns, as well as a door at the back of the brick columns, which served as a door, but was later closed with raw bricks.

The circular house built of 19 rows of bricks in the northern part of the site is also of particular importance.

The hearths and household wells were discovered by archeological team led by the head of the Department of Education and International Relations of the Institute of Archeology and Ethnography Safar Ashurov.

After clearing the central part of the excavation site, a huge house's pillars were observed at the area.

Notably, ancient artifacts have been previously discovered in Shabran. The study showed that the finds in Aygunlu, belong to the Kur-Araz culture, which stretched from the North Caucasus to Syria and Palestin.

The ancient settlements in this area were recorded in the 70s of the last century. In 2016, the 5,000 years old houses were discovered here. 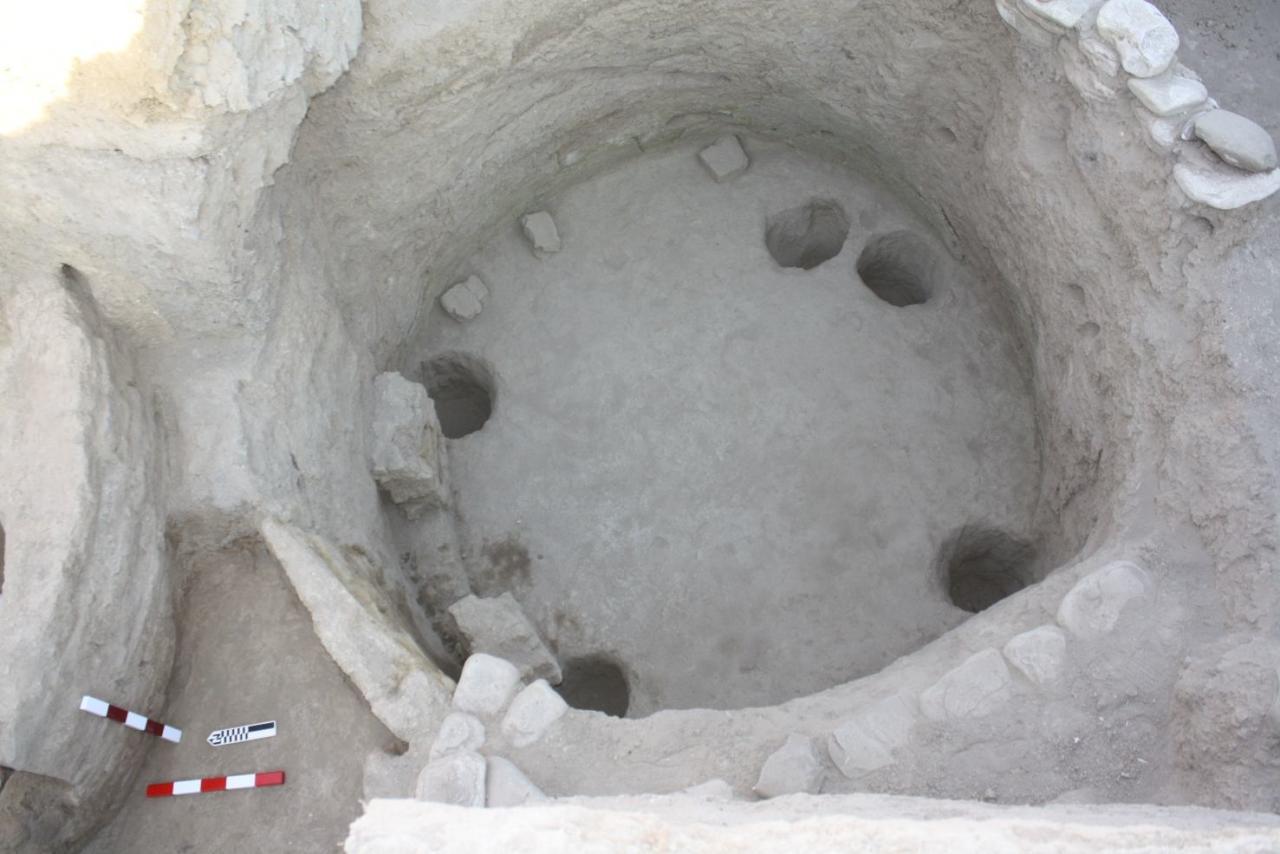