A solemn opening ceremony of the Home-Museum of one of the outstanding representatives of Azerbaijani literature, national poet Bakhtiyar Vahabzade, was held in Sheki on August 31.

The Home-Museum was created in accordance with the decree of the President of Azerbaijan Ilham Aliyev dated October 27, 2015 on the establishment of the Home-Museum of Bakhtiyar Vahabzade in Sheki and a memorial plaque on the building where he lived, Trend Life reported.

The officials stressed that the state pays special attention to cultural and art figures, preservation and promotion of creative and national heritage. The speakers told about the life and creative path of Bakhtiyar Vahabzade, who is one of the outstanding personalities who had a special position in the history of Azerbaijani literature.

Creativity of the master with philosophical and poetic content, constantly urging the person to spiritual greatness, played a big role in strengthening the spirit of citizenship in national poetry and enriching literary and social thought with ideas of independence.

Reverence for historical and cultural values ​​and preservation of the purity of the native language were one of the important activities of Bakhtiyar Vahabzade. The civil position and high human qualities of the writer were also noted.

In 2017-2018, the restoration works were carried out in the home of legendary poet.

The exposition is located on the territory of 70 sq.m. and three rooms.

In particular, the home of national poet was previously converted into kindergarten at his request.

After the Home-Museum was created, a new modern building was built for children. On behalf of the family, the daughter of the writer Gulzar Vahabzadeh expressed gratitude for the high appreciation of creativity of her father.

Then the guests viewed the exposition of the Home-Museum of Bakhtiyar Vahabzade.

Further, Abulfas Garayev took part in the opening of a new two-story kindergarten for forty places (total area 1196 sq.m.), which was built by order of the State Service for the Protection, Development and Restoration of Cultural Heritage under the Ministry of Culture of Azerbaija. The kindergarten is equipped with all necessary equipment, music and training rooms, kitchen, a dining room, a medical center, an entertainment area, etc.

Bakhtiyar Vahabzade made a huge and valuable contribution in the Azerbaijani culture.

More than sixty years, the outstanding master worked tirelessly for promotion of rich Azerbaijani culture and traditions formed over centuries.

Bakhtiyar Vahabzade was the author of more than 70 poetry books, 20 epics, 2 monographs, 11 scientific books and hundreds of articles. The poet's works were translated in many languages, including English, French, German, and Farsi.

His plays were staged not only in Azerbaijan but also far beyond its borders.

He was a constantly searching and restlessly thinking poet whose talent made him famous and demanded. In his works problems of modern times were described in lyrical-philosophical plan, with new multi-colors.

One of the important aspects of his creativity was a struggle for purity and enrichment of the native language.

Bakhtiyar was one of the few poets, whose life and creativity were linked with the fate of his compatriots and Motherland. 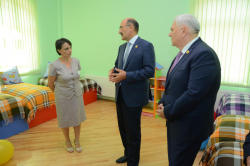 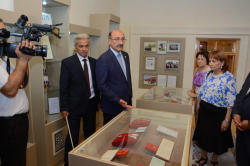 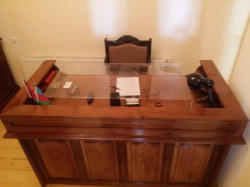 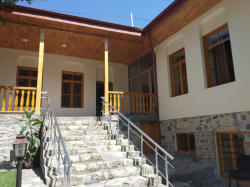