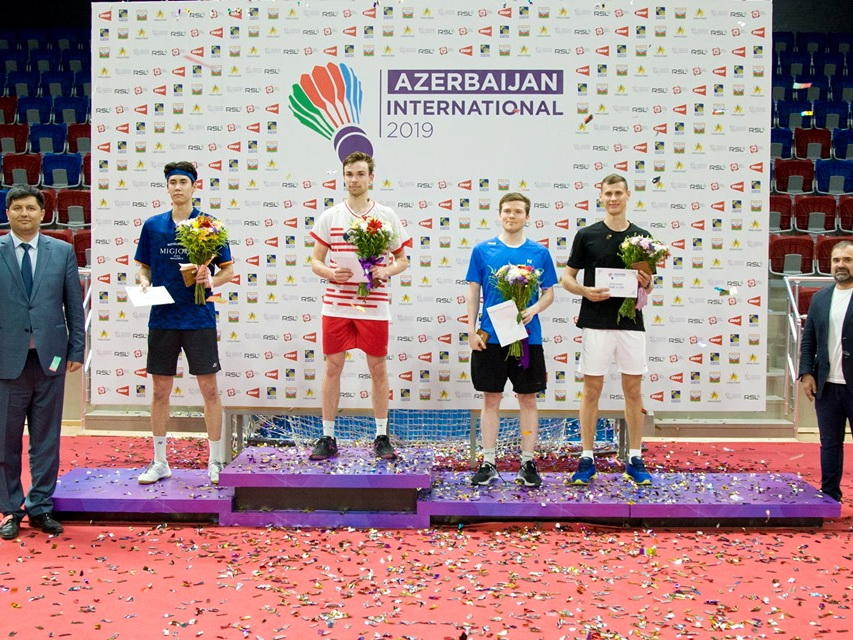 Azerbaijan International 2019 badminton tournament has ended in Baku. About 220 athletes from 39 countries around the world competed in the sporting event.

On the last day of the tournament, the winners in five categories were awarded.

In the men's competition, the victory was celebrated by Dane Rasmus Gemke, and in the women's category - by the representative of Thailand, Phittayapor Chaiwan.

In the men's doubles competition, the duet from Germany Marc Lamsfuss and Marvin Seidel gained the first place and among the women, the British Chloe Birch and Lauren Smith won all their opponents.

Farid Mansurov, the head of the Sports Department of the Azerbaijani Ministry of Youth and Sports; the President of the Turkish Badminton Federation Murat Ozmekik; the Vice-Presidents of the Azerbaijan Badminton Federation Balash Kasumov, Mirza Orujov and Emin Zeynalov; as well as the General Secretary of the Federation Nasimi Musayev participated in the award ceremony. They awarded the winners with medals and cash prizes.

The tournament was organized by Azerbaijan National Olympic Committee, the Azerbaijani Ministry of Youth and Sports and Azerbaijan Badminton Federation, with the support of the Badminton World Federation and Badminton Europe.