The military units carry out practical activities under the training plan, the report added.

The troops are operating in line with the combat readiness plan and are constantly being monitored via the control systems in the command posts to achieve coordination among the units, the ministry said.

The commanders study the area and routes of movement, select the directions of secret approaches to enemy positions and train the personnel with various methods.

The drills, which are conducted with the involvement of fighter jets, military transport and attack helicopters, also include difficult pilot manoeuvres with training flights.

The Azerbaijani-Turkish joint drills - Indestructible Brotherhood - 2021 kicked off in Azerbaijan’s Nakhchivan on September 20 and will last October 8.

The motorized rifle units, special forces and other types of troops of the Azerbaijani and Turkish armies are involved in the drills under the military cooperation agreement between the two countries. 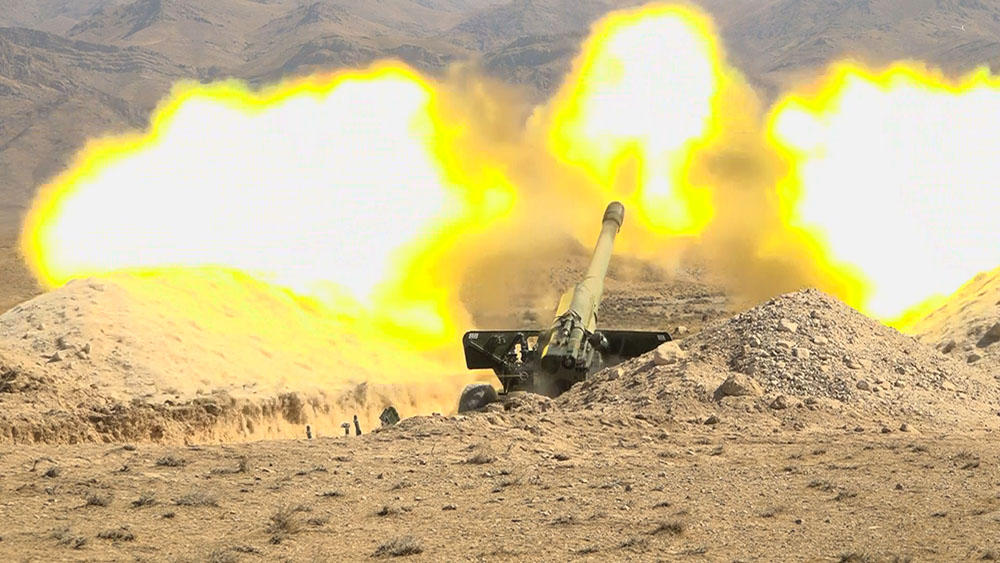