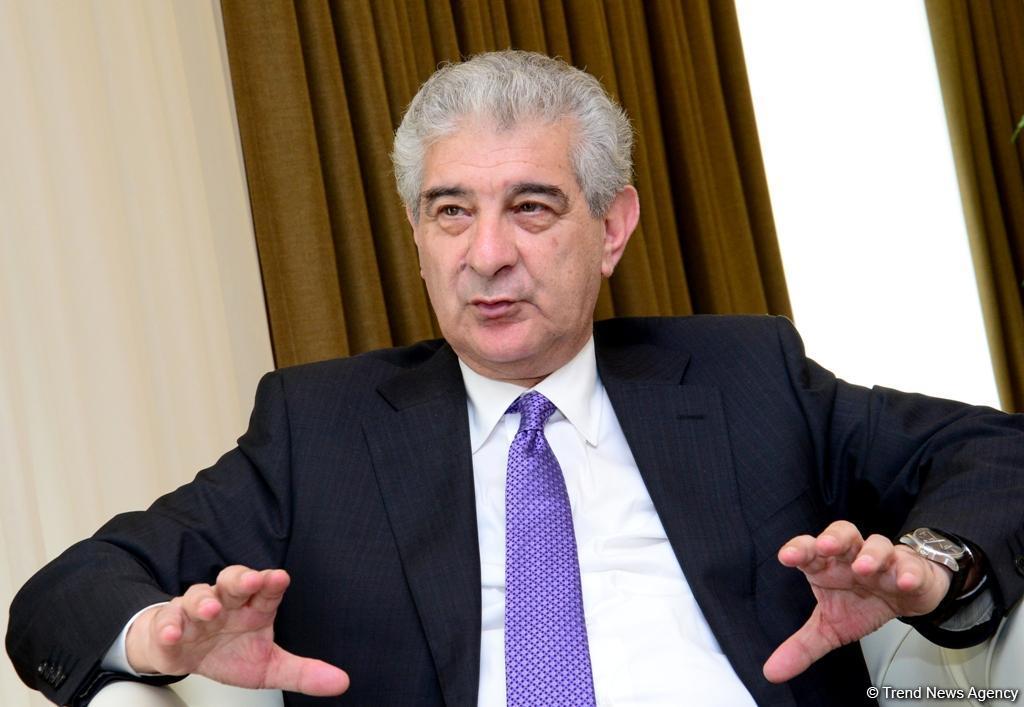 The "Contract of the Century", signed on September 20, 1994, has a special place among the most grandiose events in the Azerbaijani modern history, Azerbaijani Deputy Prime Minister, Executive Secretary and Deputy Chairman of New Azerbaijan Party Ali Ahmadov said.

Ahmadov made the remark during a videoconference of the secretariat of the ruling New Azerbaijan Party dedicated to “The Contract of the Century" and the Modern Realities of Azerbaijan”, Trend reports on Sept. 18.

“While listing the most important events in our modern history, it would be appropriate to stress the return of national leader Heydar Aliyev in 1993 and the signing of this oil agreement, which should be seen as a direct result of this return,” the deputy prime minister said.

"The reason is that there were attempts to sign an oil agreement before, but they did not yield results as there was no socio-political stability in our country, Azerbaijan was at war, there were also external threats and pressure in connection with development of rich hydrocarbon resources of our country,” Ahmadov said.

“During difficult period for Azerbaijan, national leader Heydar Aliyev managed to sign this contract,” the deputy prime minister said. “Despite the state of war, Azerbaijan has become the world's energy center.”

"Influential countries, giant companies were attracted to our country,” Ahmadov said. “The signing of this agreement laid the foundation for the development of Azerbaijan's economy. Azerbaijani was supplying oil to the world market, the development process began. Thus, the Contract of the Century, is of great importance not only for the economy and energy of Azerbaijan, but also from the point of view of the implementation of the global energy policy.”

“The ambitious policy pursued by national leader Heydar Aliyev included the development and implementation of Azerbaijan's oil strategy,” the deputy prime minister said. “As I already mentioned, during that period the situation in Azerbaijan was not completely stable, the country was in a state of war, and there were other risk factors. Despite all this, Heydar Aliyev was able to create, develop and implement this project, which is important for Azerbaijan and the world energy market."

“The oil strategy successfully continues under the leadership of President Ilham Aliyev, and the "Contract of the Century" has been serving the economy and welfare of people of Azerbaijan for 26 years,” Ahmadov said.

"The greatest significance of this project is in the inflow of big funds to Azerbaijan, the development of the economy, an increase in the well-being of people, and the renewal of infrastructure in the country through these resources,” the deputy prime minister added. The "Contract of the Century" is also of great geopolitical importance. Thus, the successful implementation of this project is of great importance in strengthening political positions and prestige of Azerbaijan both in the region and in the world community."

“Oil revenues serve to improve the welfare of our people,” the deputy prime minister said.

Stressing the importance of the steps taken by President Ilham Aliyev to strengthen social protection of the population, the deputy prime minister informed the participants of the video conference that the oil strategy will continue to serve the people of Azerbaijan for many years to come.

Azerbaijan's Deputy PM: Death of civilians in Ganja should not go unpunished