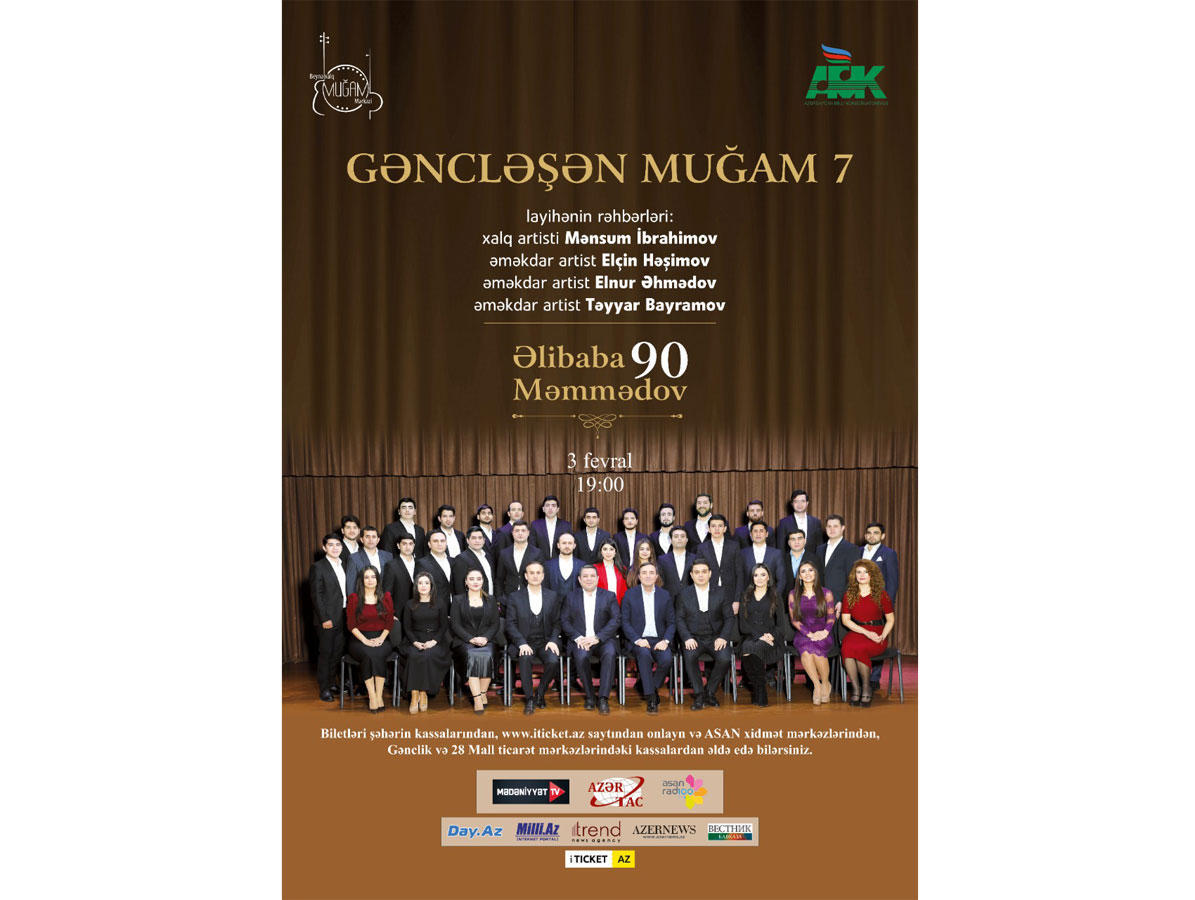 International Mugham Center will host another concert as part of  "Rejuvenated mugham" project on February 3. The event will be dedicated to the 90th anniversary of the People’s Artist Alibaba Mammadov.

Alibaba Mammadov began his artistic career in the Philharmonic in 1949. His natural talent and clear voice have conquered the hearts of audiences. The talented singer has devoted more than 60 years of his life to developing and promoting the Azerbaijani Mugham.

In 2015, the Heydar Aliyev Foundation published a new music album devoted to the life and creativity of Alibaba Mammadov to mark his 85th anniversary.

The album includes a book talking about the life and creativity of Alibaba Mammadov,  two publications with the notes of his own songs and tasnifs and 4 CDs with popular songs, tasnifs and mughams performed by mugham singer.

The scope of "Rejuvenated mugham" is expanding every year. As a result of the six concerts that have been implemented since 2005, dozens of young mugham singers have been presented to the general public.

The project aims at supporting and teaching young talents the secrets of Azerbaijani musical art.

Tickets for the concert are available on iTicket.az as well as at all box offices in Baku.