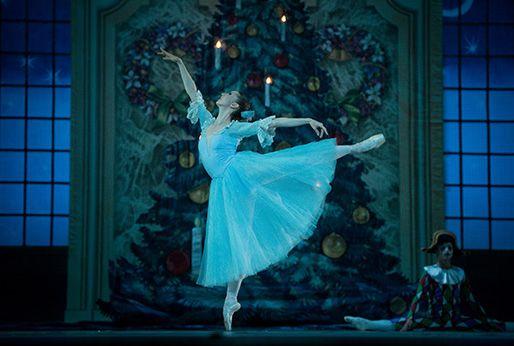 Azerbaijan State Academic Opera and Ballet Theater invites you to take an exciting journey to a winter fairytale.

"The Nutcracker ballet" by Pyotr Tchaikovsky will be presented at the theater on December 25-29. The ballet is a kind of New Year gift to all spectators.

The ballet will be presented under the direction of the theater's chief conductor and music director, Honored Artist Eyyub Guliyev on December 25.

"The Nutcracker ballet" will be conducted by winner of the Antal Doratti International Conducting Competition Orkhan Gashimov on December 29.

The ballet is based on E.T.A. Hoffmann's 1816 fairy tale "The Nutcracker and the Mouse King". It was premiered at the Mariinsky Theatre in Saint Petersburg in 1892.

The ballet tells the story of a little girl who goes to the Land of Sweets on Christmas Eve. Ivan Vsevolozhsky and Marius Petipa adapted Hoffmann's story for the ballet. Pyotr Ilyich Tchaikovsky wrote the music.