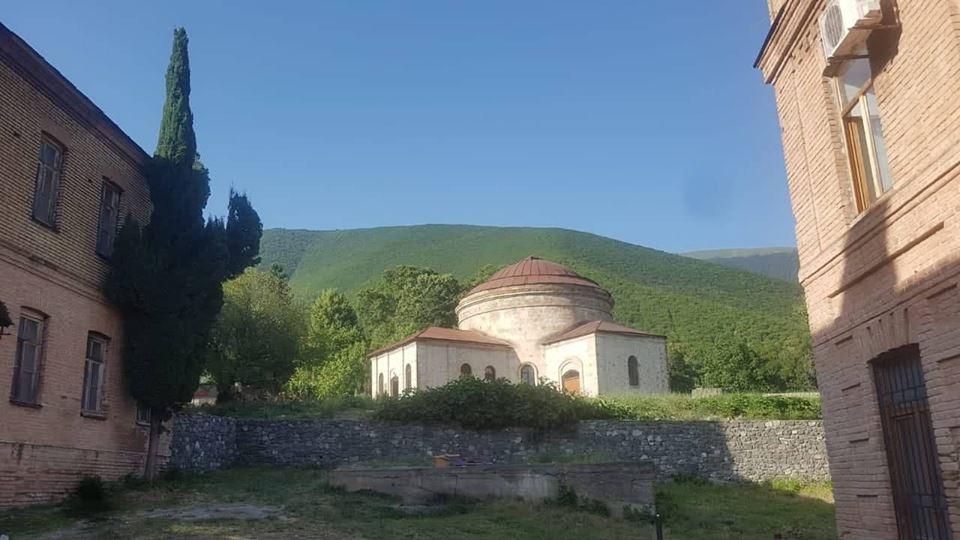 Azerbaijan is an inexpressibly picturesque country with its own unique "highlight". Country is called “Land of Fire,” since its territory is rich in oil and gas deposits, which are close to the surface and erupt from the earth with torches of fire.

Natural panoramas of this country amaze with imagination and abound in contrasting views: here you can watch all 4 seasons at the same time! Luxurious architectural forms, rising up skyscrapers, the original modern urban style in the western style, adjacent to the old buildings, ancient palaces and fortresses.

The flow of tourists to Azerbaijan in January-November 2018, showed an increase of 6 percent in general, the first places among the countries according to number of travelers are occupied by Russia and Georgia.

The growth in the number of tourists in the country amounted to 6 percent, and the total number of visitors to Azerbaijan was almost 2.63 million people, Sputnik reports with reference to Azerbaijan State Agency for Tourism.

The leaders in the number of visitors are still Russia and Georgia. Tourists from these two countries accounted for more than 50 percent of the total number of holidaymakers in Azerbaijan, the State Agency reports.

The number of Russian citizens visiting Azerbaijan exceeded 817,000 people with a growth of 4 percent, while Georgians amounted to more than 550,000, an increase of 13 percent.

A significant increase in tourist flow is observed from the countries of the Middle East and Asia: the number of visitors from these regions increased by 39 percent and 56 percent, respectively, compared to last year. This amounts to 346,000 and 297,000 people, said the agency.

Pakistan is in the lead among the countries of the Asian region, from which 37,000 people came to Azerbaijan for holidays, whle approximately 35,000 came from Kazakhstan, and 25,000 from Turkmenistan.

During the past period of this year, there has been a decrease in the flow of tourists from Iran: in January-November, the number of Iranian tourists was 226,900 people, which is lower than last year’s figure of 340,700 people - 33 percent less.

Azerbaijan is located in the south-east of Transcaucasia. It borders with Russia, Georgia, Iran, Armenia and Turkey. In the east, the territory of Azerbaijan is washed by the waters of the Caspian Sea. Almost half of the territory of Azerbaijan has a mountainous relief. In the north - the Caucasus range, in the middle part - the Kura-Araz lowland, in the south-east - the Talysh mountains and the Lankaran lowland. The highest point of the country is Mount Bazarduzu (4466 m). On the latitudes similar to Azerbaijan are Spain, Greece, Turkey and Korea.

The territory of Azerbaijan is interesting because it combines nine climatic zones out of 11 existing in the world, from subtropics to high-alpine meadows.

Six international airports, equipped to the most modern standards, are located on the territory of the country, new bus routes have been laid, a large seaport is being built in the suburbs of Baku.

Every year, new concert halls, sports centers, shops, restaurants and cafes open, parks and squares are broken, highways and highways are laid. A great deal of work is being done to preserve and restore the historical and cultural monuments. The visit to the Land of Fire will certainly bring you bright impressions, wonderful rest and many new friends.

Tour to Azerbaijan is an opportunity to see the beautiful nature, to touch the history of mankind, to get acquainted with the ancient culture and modern achievements of this country.