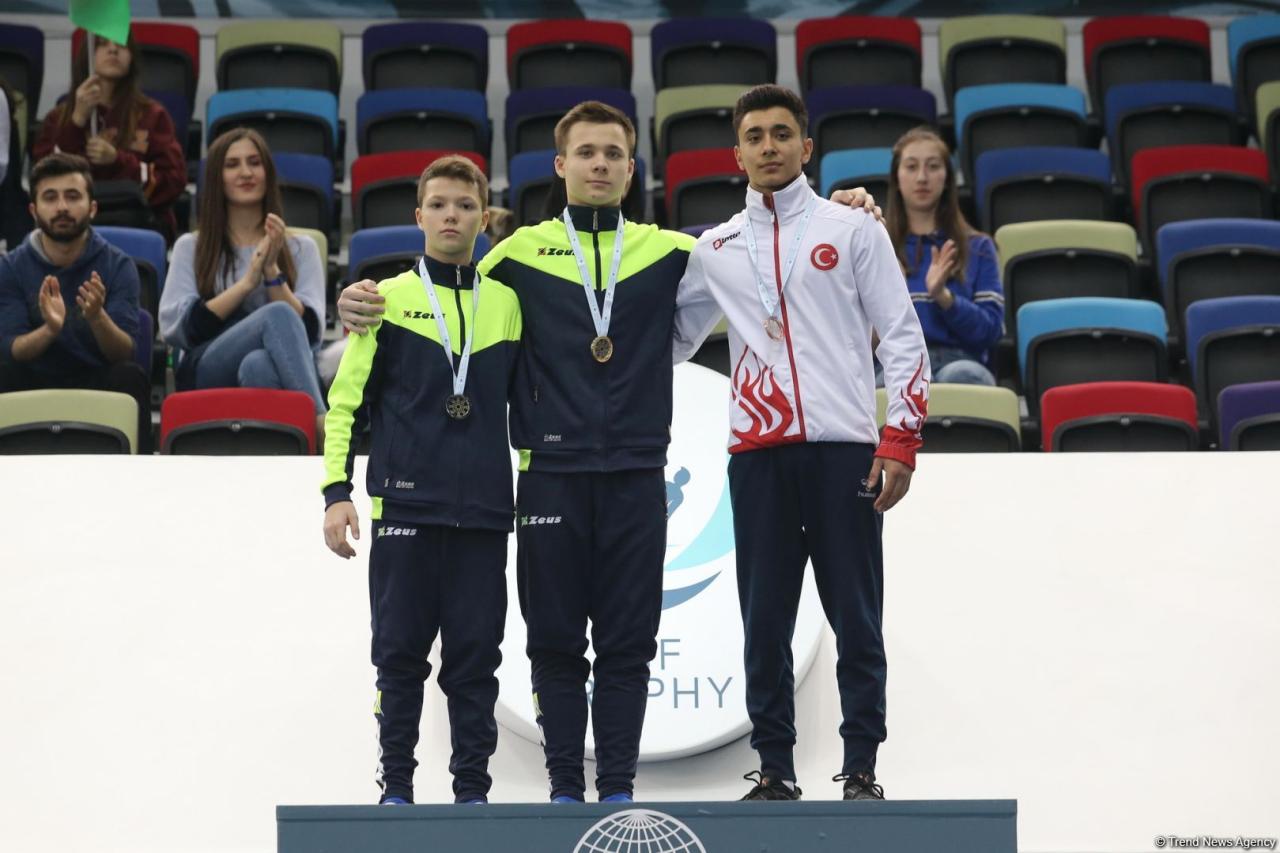 Awarding ceremony for winners and prize winners in the team event and individual all-around of the 1st AGF Junior Trophy International Tournament in Men's Artistic Gymnastics was held in the National Gymnastics Arena in Baku on March 7, Trend reports.

The awards were presented by the managers of the Azerbaijan Gymnastics Federation Farid Mammadzade, Viktoria Abushova and the representative of the Baku Gymnastics School of Inara Israfilbekova.

AGF Trophy Cup for the highest executive score was awarded to Azerbaijani gymnast Ramin Damirov. The award was presented to the athlete by the Secretary General of the Azerbaijan Gymnastics Federation Nurlana Mammadzade.