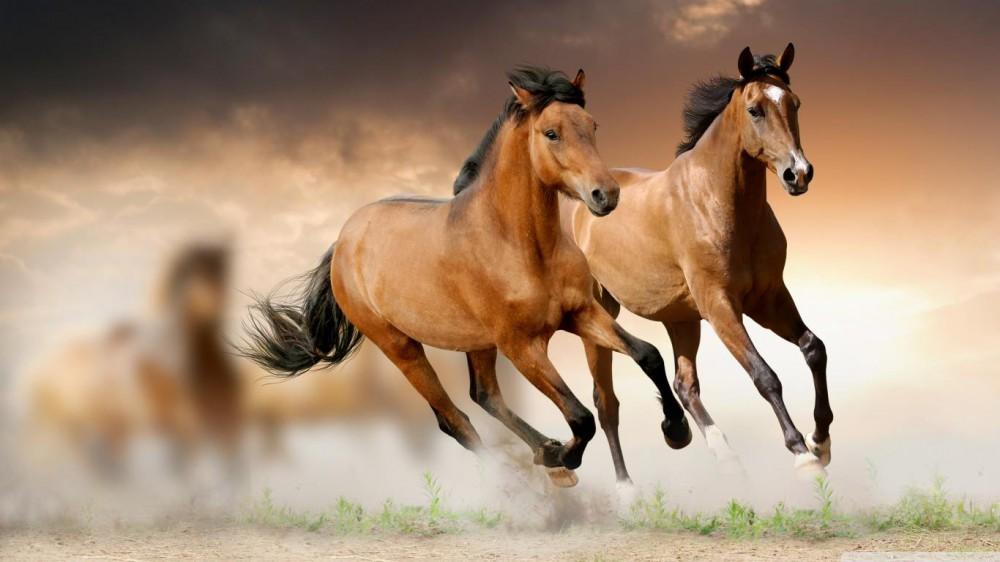 The Karabakh horse of Azerbaijan, one of the rarest species in the world, and the oldest in the Caucasus region. Azerbaijan, which has huge traditions of horse breeding, was forced to withdraw Karabakh horses from their native lands due to Armenian aggression in Nagorno-Karabakh.

After the Armenian attack on Nagorno-Karabakh region of Azerbaijan in August 1993, the invaders seized the Agdam horse-breeding plant. This plant was one of the first targets of the occupying forces.

The Azerbaijani community of the Nagorno-Karabakh region has addressed an international audience with a video message about Karabakh horses.

The appeal says that as a result of the Armenian military aggression against Azerbaijan, the Karabakh stallions, the most famous horse breed of Azerbaijan, have been outside the environment where they lived for 30 years for millennia.

The video, which highlights the thoughts of the famous works of the Greek historian Herodotus "History", the epic "Dede Gorgud", notes of the Russian artist Vasily Vereshchagin, tells about the past of this breed of horses.

The video footage noted that on the initiative of the Ibrahimkhalil, who was Karabakh khan, there were horse races twice a year, near Shusha city, in a place called Jidir Duzu, which travelers, historians, merchants, statesmen from various places of the world gathered to see in Shusha.

"Chovgan game on Karabakh stallions was included in the UNESCO Representative List of Intangible Cultural Heritage of Humanity in 2013, " the video says.

The video also tells about the exhibitions in which this breed of horses took part, as well as the Karabakh stallion, presented to the Queen of Great Britain.

Since the middle of the 19th century, the Karabakh stallions participated in global horse exhibitions.

An important event happened in the history of the Karabakh breed in 1956. A Karabakh stallion Zaman, who first presented the ancient horse-breeding culture of Azerbaijan in Great Britain, was gifted to Queen Elizabeth II.

"It was after this that the Karabakh horses began to attract the attention of many European researchers," the video notes.

In addition, the video also introduces the peculiarities of the Karabakh horses, emphasizing that, unlike other horse breeds, they are characterized by the great devotion to their owners. These horses never left their wounded masters on the battlefield. But the most interesting, these horses do not like to live in captivity.

The appeal also emphasizes that the Azerbaijani state carries out various programs for breeding Karabakh horses.

"Unfortunately, Karabakh horses, bred for thousands of years on the eastern spur of the Caucasus, cannot be in their native places, where they were free and well," the video says.

The video expresses hope that after the settlement of the Armenia-Azerbaijan, Nagorno-Karabakh conflict, the Karabakh stallions will be returned to Nagorno-Karabakh, and races will be held again at the Jidir Duzu.