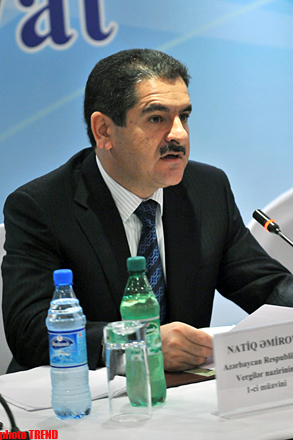 Azerbaijan, which is keen to form economic growth through the non-oil sector, is currently engaged in the creation of its strategic road map, which is expected to become the main document of the economic strategy for the next 10 years.

Azerbaijani presidential aide on economic reforms, Natig Amirov, said that the document will be comprehensive, as academic circles and the community were involved in its creation.

“We are preparing a number of documents, which include a road map meant for one year, the strategy of economic growth for 2016-2020 and improvement plan, as well as long-term vision till 2025 and target vision after 2025. The road map covers six primary sectors, including the sphere of production and services, two social spheres and three industrial spheres.”

Amirov said that the country has managed to maintain its economic growth by means of preventive measures, regardless certain problems in world energy market and almost three-fold drop in oil prices, underlining that the GDP increased by 1.1 percent last year.

“Sharp drop in oil prices triggered reduction of income, the current condition of the economy, however, proved that the country does not fully depend on oil revenues. Some 70 percent of the country’s economy falls to share of non-oil sector. Volumes of production in industrial sphere amounted to 20.3 billion manats ($12.4 billion), recording an increase of one percent as compared to 2015. The growth of 2.4 percent was fixed in agricultural sphere.”

Following the economic crisis by force of low oil prices the energy-rich country announced its intention to develop potential mechanisms and economic growth models with a view to adapt its own model to those of most advanced. A special group, headed by Natig Amirov was created to prepare relevant plans in accordance with the road map.

The main objective of the map is to ensure sustainable economic growth, correctly define the development strategies for auxiliary sectors that contribute to creating the economy’s leading sectors and the necessary economic infrastructure.