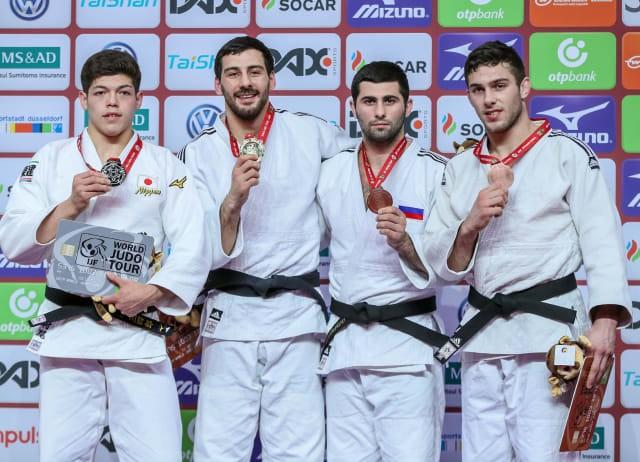 The 26-year-old athlete, competing in the weight category of 90 kg, won the gold medal of a prestigious tournament for the first time in his career.

In the final, he defeated the Japanese Sanshiro Muraonu.

More than five Azerbaijani judo wrestlers appeared on the mat on the last day of the Grand Slam tournament in Düsseldorf. Heavyweights prevailed during the last day of competition.

Azerbaijan is represented at the Grand Slam by 15 judo fighters. Among them, only Rustam Orudzhev and Mammadali Mehdiyev managed to win medals, bronze and gold respectively. Rustam Orudzhev won this medal in the category of 73 kg.

The competition was attended by 606 athletes from 93 countries.