Algeria is celebrating today the Amazigh New Year known as Yennayer. It coincides each year with January 12 of the Gregorian calendar. Commemorating the triumph of Berber king Sheshonq I (Chachnaq in Berber) and his enthronement as Pharaoh of ancient Egypt in the year 950 BC, this year 2021 corresponds to Yennayer 2971

Based on an agrarian calendar, the Amazigh New Year is celebrated above all to foretell a fruitful and abundant season. If the festivities accommodate and embrace the specific habits and customs to each region of the country, the symbolism of the rituals of the celebration is the same and consists in welcoming the new year with sufficiency, joy and conviviality, through carnivals, parades, songs and hearty meals.

A particular dish invites itself almost in all Algerian homes being indifferently, urban or rural, in the coast, the mountains, the highlands or in the Sahara; couscous or seksou in the Berber language. This dish, which has just been listed in December 2020 as a UNESCO cultural heritage, is served for the occasion with chicken farmer, sacrificed to welcome a Happy new year.

Declared a national holiday since 2018, the celebration of Yennayer by the public authorities is the illustration of the diversity of the Algerian people and the affirmation of its thousand-year-old Amazigh component, synonymous of freedom, pride and dignity.

This year, the wilaya of Batna, about 430 km south-east of the capital, Algiers, was appointed by the High Commission for Amazighity, a public institution responsible for the promotion of the Berber language and culture, to host January through 09 to 12, 2020, the national and official festivities of Yennayer 2971.

In Baku, the Algerian Embassy, ​​which last year shared the celebration of the Berber New Year with the Algerian community residing in Azerbaijan by organizing the Yennayer ceremony, had to renounce to the organization of this event of communion and get together, due to the health situation linked to the Covid-19 pandemic.

While waiting for better days for a meeting and new gatherings next year, Ambassador Salima ABDELHAK and all the staff of the Embassy wish a year of health, joy and peace for all the Algerian people wherever He stands.

The same wishes are addressed to the peoples of the Maghreb who share this secular tradition. 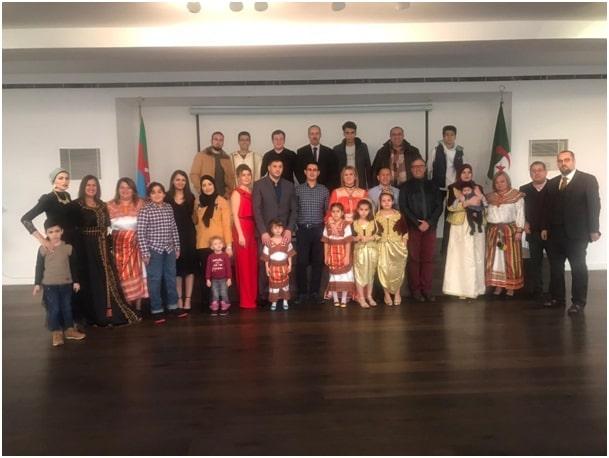