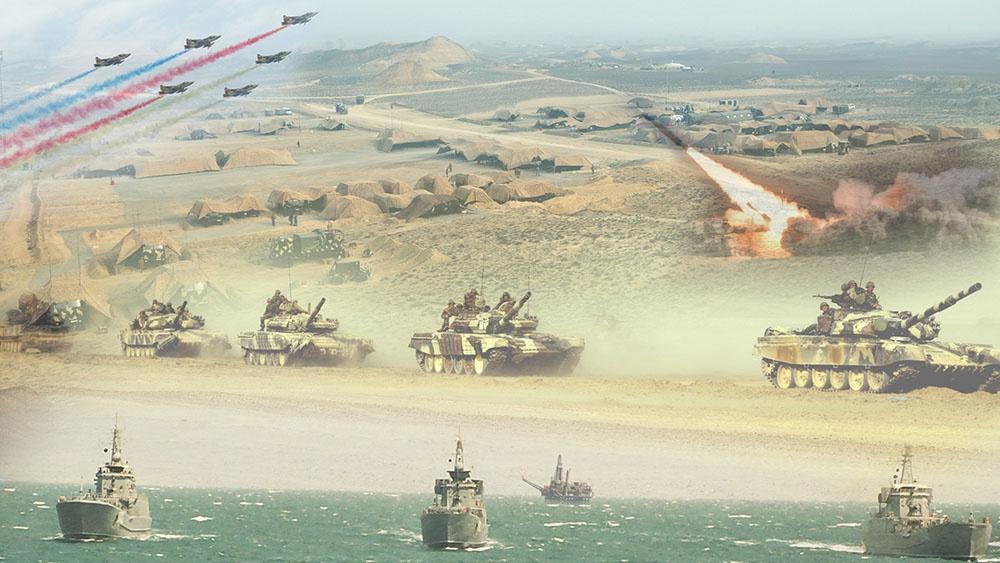 The operational exercises at the Azerbaijani army level will begin on November 12 in accordance with the plan approved by President of the Republic of Azerbaijan, Supreme Commander-in-Chief of the Armed Forces Ilham Aliyev, Trend reports referring to the Azerbaijani Defense Ministry.

”The main objective of the exercises to be held in three stages is to improve the training of headquarters and command and control bodies of the troops, as well as the interaction between Army Corps, the Air Force, Naval Forces, Rocket and Artillery Troops, and Special Forces during offensive operations by suppressing provocations of the imaginary enemy,” the ministry said.

“The exercises will be held with the use of new types of weapons and military equipment of the Azerbaijani army in mountainous, mountain-wooded, complex radio-electronic and real climatic environment to improve the interoperability of troops and increase the managerial abilities of commanders, taking into consideration the combat capabilities of the imaginary enemy,” the ministry said.

“During the operational exercises, the issues of stable, continuous, operational and covert command and control of troops, improvement of the activities of field headquarters command posts, quick sending of orders and tasks at tactical and operational levels through video conferencing and a fiber optic communication line will be worked out,” the ministry said.