Azerbaijan Tourism Board consistently expands its activities to promote the tourism potential of Azerbaijan in order to increase the country's influence in the global tourism market.

The Azerbaijani delegation has visited South Korea to discuss opportunities for bilateral cooperation in the field of tourism.

During the meeting, the Azerbaijani side gave detailed information on the tourism potential of the country, presented new tourism brand and promotion video to media representatives, and answered questions about Azerbaijan.

As part of the visit, Florian Sengstschmid also held a meeting at South Korean Ministry of Culture, Sports and Tourism. The sides discussed the development of mutual tourism relations between the two countries as well as the exchange of experience.

During the delegation’s visit, a meeting was also held with the President of “Korea World Travel Fair”. At the same time, the delegation visited “HanaTour Annual Travel Fair” exhibition at SITIF 2019 - Seoul International Tourism Industry Fair.

It should be noted that Azerbaijan Tourism Board plans to open permanent tourism representation in South Korea as well as in the UK, France, Iran.

Representations aim to achieve greater recognition of the country abroad, to increase the flow of tourists from target markets, and to promote the development of tourism in the country as a whole.

The representations will operate in areas such as promotion of tourism potential of Azerbaijan and the region in which they operate, marketing research, preparation of reports, publication of propaganda materials and conducting trainings.

Organization of official tourism representations will also serve to organize seminars on Azerbaijan, as well as meetings for cooperation of tourism and travel companies in regions and Azerbaijan, support Azerbaijan's participation in international exhibitions and coordinate activities to stimulate bilateral relations.

In the modern world, tourism is one of the most dynamically developing and profitable sectors of the economy for each country. Therefore, Azerbaijan aims to develop this sphere by all possible means. Sustainable development of the non-oil sector, in particular the tourism sector, is crucial at a time when it is impossible to fully rely on oil and gas industry.

Recently, Azerbaijan and South Korea have signed a framework agreement on grant support that envisages the continuation of joint cooperation on technical assistance and grant support between the two countries. 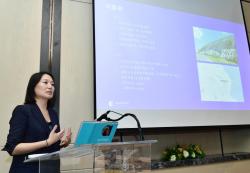