4 May 14:35
Some 68.6 million barrels of oil were shipped from Turkey’s Ceyhan oil terminal via the Baku-Tbilisi-Ceyhan pipeline in January-April 2021, local media reported with reference to Botas, the operator of the Turkish section of the pipeline.
END_OF_DOCUMENT_TOKEN_TO_BE_REPLACED 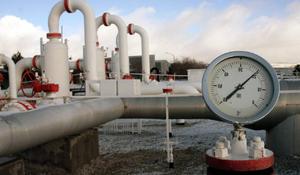