President Ilham Aliyev has said that Zangazur corridor will boost Azerbaijan’s ties with Turkey by providing a new connection between the two countries.

He made the remarks at a meeting with Turkish Transport and Infrastructure Minister Adil Karaismailoglu in Baku on May 30.

Aliyev stressed that trilateral discussions over the corridor are currently underway at the level of the Azerbaijani, Russian and Armenian deputy prime ministers and that "there are good results".

The head of state said Azerbaijan has already started the construction of a railway from Horadiz to the Armenian border in the liberated lands.

"I am confident that in the next two years, maybe two and a half years, this railway will be fully operational. Most of the Nakhchivan railway is operational and the remaining part will be built as well. All instructions have been issued. A significant part of the Zangazur corridor must be built in Armenia. Thus, a new corridor will be opened and this connection between Turkey and Azerbaijan will become even stronger," he said.

The president said that after the 44-day war in 2020, the transport sector's importance increased further as along with projects that Azerbaijan and Turkey implemented together, new projects are already on the table.

"We have a very strong track record of cooperation. Of course, the joint construction of the Baku-Tbilisi-Kars railway is of particular importance. As you know, this is an important part of the East-West corridor. In recent years, the volume of cargo transported through this corridor has increased," he said.

Aliyev said that Armenia has already started to properly analyze the issues related to the inevitability of the Zangazur corridor.

"As you know, in the early stages after the war, Armenia protested at this issue. However, I have recently been informed that the Armenian side is already properly analyzing the issues related to the inevitability of this corridor," he said.

Earlier, in an interview with Azerbaijan's state TV channel AzTV in Nakhchivan on May 10, Aliyev expressed his full confidence that the 40-km Zangazur corridor will be opened.

"There is only a 40-kilometer Zangazur corridor separating Zangilan from Nakhchivan, which must and will be opened," he said.

Speaking about the section of the corridor passing through the Armenian territory, Aliyev said that as the Armenian railways are owned by Russian Railways, Azerbaijan is discussing the issue mainly with Russia. He described as Azerbaijan's next historic achievement connecting Zangilan, located in the Eastern Zangazur region, with the country's ancient lands of Western Zangazur and then with Nakhchivan and Turkey through Ordubad. 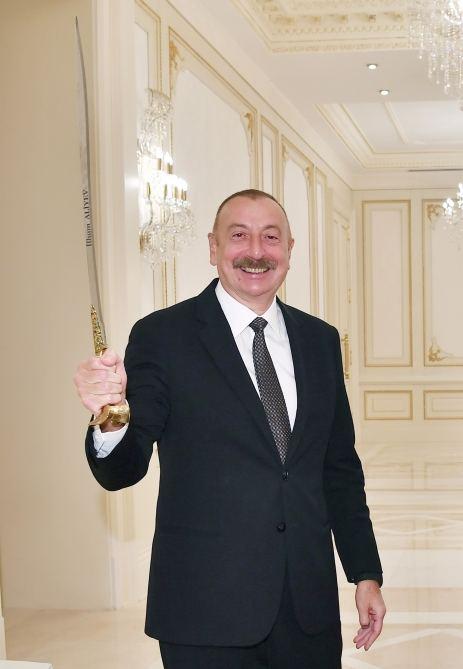