The first stage of the "TurAz Qartali-2020" joint tactical-flight exercises of the Azerbaijani and Turkish Air Forces is underway, the Defense Ministry reported on August 9.

During the exercises, the Air Force pilots have performed tasks to prevent the activities of the imaginary adversary, to detect and destroy its various objects, moving and stationary armoured vehicles, including other targets that suddenly appear.

Thus, exemplary training flights were held in the training area of the helicopters, which were brought to full readiness.

Earlier, on the same day special units were also involved in the first stage of the joint Azerbaijani-Turkish large-scale tactical exercises.

At this stage of the exercises, the special forces trained in combat operations to arrive at the designated areas by helicopters, to assault on important strategic and military facilities by covertly moving through various relief terrains, as well as to seize advantageous positions. 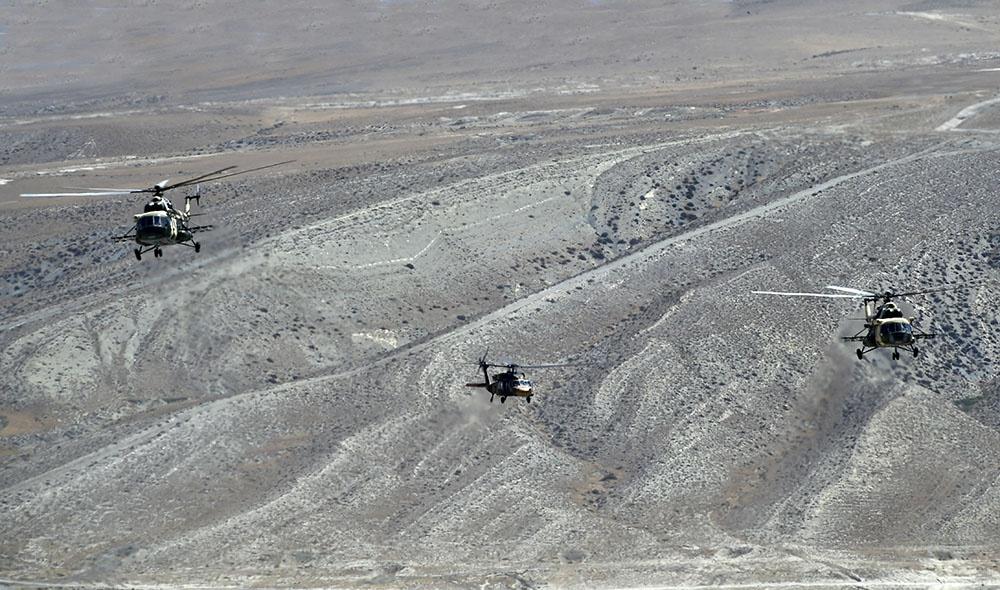