Many cultural and historical monuments in Azerbaijan have been razed to the ground as a result of the Armenian occupation.

The Azikh (Azykh) and Taghlar caves, known as the first human dwellings, as well as monuments belonging to the Caucasus Albania, and other cultural sites were seriously damaged or destroyed for three decades.

Severe consequences of the Armenian military aggression against Azerbaijan have been discussed at the ICOM 2021 International Virtual Conference on Museums.

Director of the National Carpet Museum, chairman of ICOM Azerbaijan National Committee Shirin Malikova made a presentation on "The Destruction of Cultural and Historical Sites and Museums in Times of War and Military Conflicts on the Example of Karabakh".

In her report, Shirin Malikova touched upon the destruction of the Azerbaijani historical and cultural sites in Karabakh as well as the restoration carried out on the liberated territories.

Malikova stressed that the desecration and deliberate destruction of the world’s historical and cultural monuments are open disrespect and disobedience to international law and violation of UNESCO, The Hague, and the Council of Europe conventions, the worst atrocity against humanity.

The absence of real mechanisms of influence of international organizations to prevent the destruction of cultural heritage during the Karabakh war, is also very alarming.

Shirin Malikova informed the conference participants about the plight of thousands of exhibits belonging to 22 museums, which remained unknown, falsification of ancient Albanian monuments, and illegal archaeological excavations.

She also spoke about the ongoing recovery work on the liberated territories and demonstrated the photographs of the reconstructed monuments. 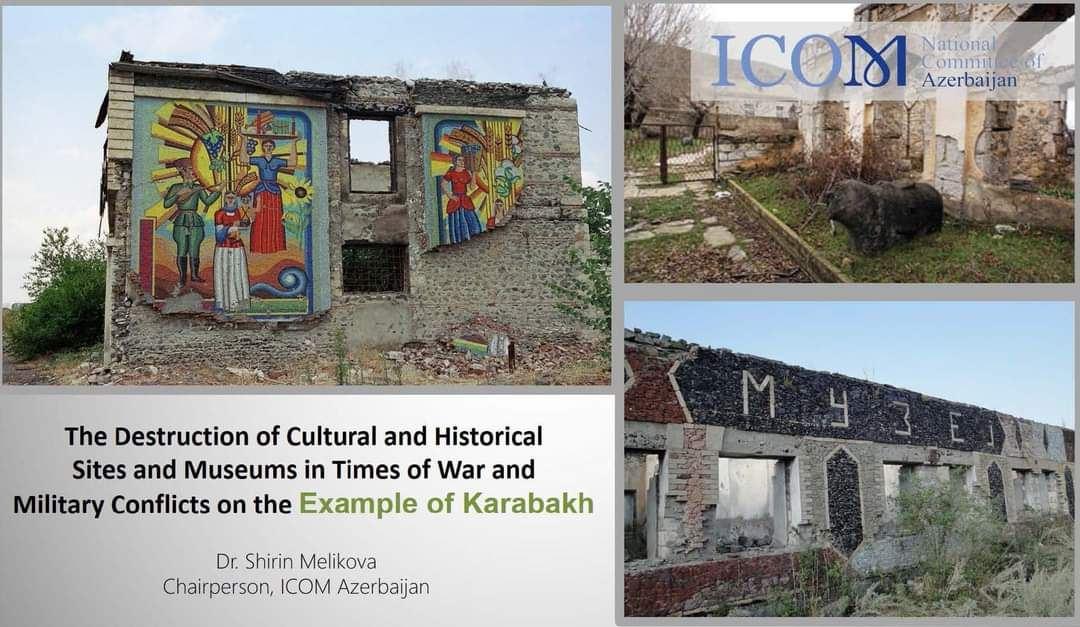