The newly-appointed Azerbaijani Youth and Sports Minister Farid Gayibov has been introduced to the ministry staff.

The meeting was attended by the head of the Presidential Administration's Youth Policy and Sports Department Yusuf Mammadaliyev, heads of sports federations, athletes, and many others.

Farid Gayibov praised successful results achieved by national athletes and promised to his best for further development of the sports in Azerbaijan.

The Minister of Youth and Sports pointed out that a new strategy for sports development will be determined in Azerbaijan. Many sports experts will be involved for work in this direction.

Farid Gayibov said that this strategy should cover the Law on Sports, professional sports, children and youth sports, in general, all sports areas.

The Ministry of Youth and Sports have major plans to involve young people and kids in sports. More detailed information will be presented in the near future.

He also commented on the question of whether he will continue his activities as President of the European Union of Gymnastics (UEG).

"This question is of interest to many. Since yesterday (September 7), this question has even been addressed to me by international federations," he added.

Under President Ilham Aliyev's decree, Farid Gayibov was appointed as the country's youth and sports minister on September 7.

The head of state received the newly-appointed minister on the same day. 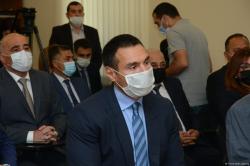 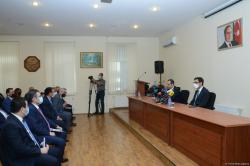 New deputy ministers of Youth and Sports of Azerbaijan appointed