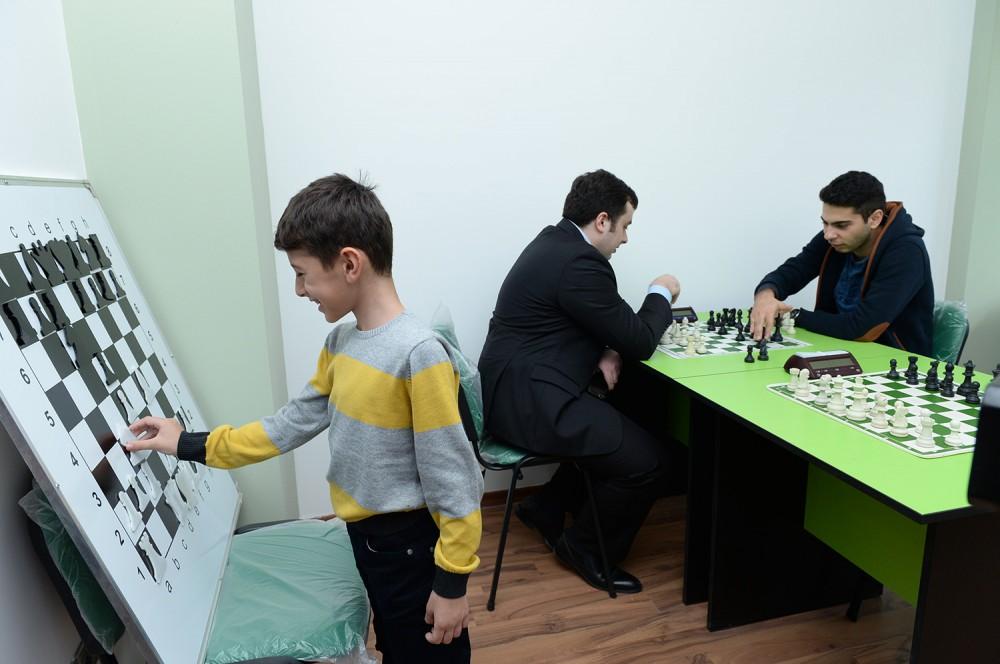 A solemn opening ceremony to open the Vugar Hashimov Chess Academy was held in Baku on October 1.

The event participants, family members of Vugar Hashimov, employees of Azerbaijani Chess Federation, members of the national team, as well as the sports community first paid respect to the late chess player at the second Alley of Honors, and laid a wreath at the grave of Hashimov.

A promotional video on the life of the late outstanding grandmaster was demonstrated as the ceremony started.

Vice-President of the Chess Federation Faig Hasanov highlighted Vugar Hashimov’s achievements and hailed the opening of the academy.

Hashimov’s team mates Gadir Huseynov and Zeynab Mammadyarova shared with their memories about him.

The trainings will be conducted by experienced coaches in three languages (Azerbaijani, Russian, English).