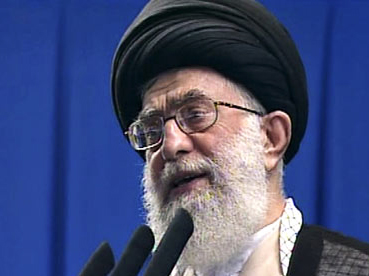 Iran’s Supreme Leader Ayatollah Ali Khamenei has said that any negotiations without having defense power would lead to backdown.

He made the remarks during a meeting with a number of religious panegyrists on March 30, Khamenei’s official website reported.

“If the Islamic System seeks technology and negotiations, but lacks defensive power, it will be forced to backdown faced even with a tiny country’s threats,” said Khamenei.

He said the claims by some people inside Iran that tomorrow’s world is the world of negotiations not of missiles is their unawareness, if they say this unintentionally, “otherwise it is treason”.