The US National Aeronautics and Space Administration (NASA) has released satellite images of wildfires in Turkey, Trend reports.

The corresponding images were posted on NASA’s Twitter page.

As a result of the fires, more than 136,000 hectares of forest burned down.

The forest fires are still being extinguished in Turkey. Azerbaijan also renders its support. The third team of firefighters and rescuers of the Azerbaijani Ministry of Emergency Situations left for Turkey. 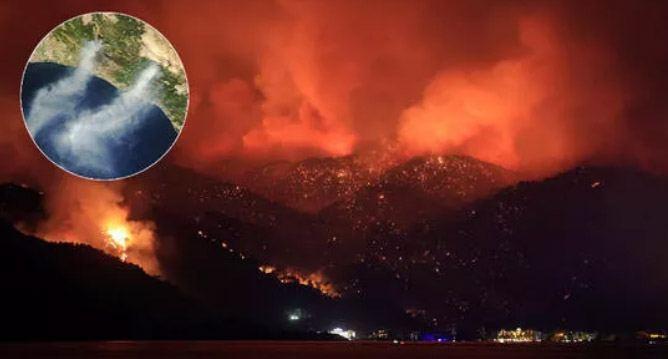