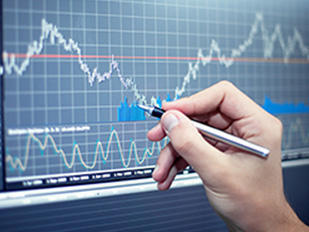 Uzbekistan and China are planning to create a joint investment fund within the framework of the global initiative "One Zone, One Way", Trend reports via Uzbek media.

The parties agreed on the implementation of that project during the international investment forum in the Khorezm region of Uzbekistan.

Speaking to the participants, the secretary general of the China Cultural Investment Fund Jiancheng Zhu proposed to create a fund for investment in bilateral cooperation between China and Uzbekistan, to strengthen the strategic partnership between the two countries.

This initiative was also discussed later during negotiations with the chairman of the Chamber of Commerce and Industry of Uzbekistan Adham Ikramov.

The parties studied the possibility of implementing joint projects in Uzbekistan, which are capable of taking the cooperation of the two countries to a new level.

The head of the Chamber of Commerce and Industry positively accepted the idea of ​​creating a joint investment fund and expressed a desire to discuss this project in detail during further negotiations.

Chinese side proposed that the creation of the fund should be initiated by the governments of the two countries.

Moreover, its funds will be formed at the expense of not only the state capital of Uzbekistan and China, but also international financial institutions, various third-party organizations, including from other countries.

The fund may take the form of a limited liability company and will be registered in China.

In its turn, Uzbekistan plans to establish a special company for managing its funds.

By creating a set of market mechanisms for managing investments and financing, such as the board of directors, the supervisory board and fund managers, this company will carry out its activities and support the initiatives of businessmen of the two countries.

A commercial bank will also be chosen as the custodian of the fund in the country.

The Fund will invest in projects of bilateral cooperation in Uzbekistan in the field of industry, energy, transport, culture, tourism and other areas.

Particular attention will be paid to enterprises with listing conditions and the possibility of entering the stock markets, conducting production modernization, carrying out scientific and technical developments.