On November 30, Azerbaijani Foreign Minister Jeyhun Bayramov arrived in Warsaw to participate in the "New realities in the region: Security architecture and prospects for sustainable peace in the South Caucasus" conference, Azernews reports, citing the press service of the Foreign Ministry.

"As a country with enormous potential in the use of alternative energy sources, Azerbaijan attaches great importance to the development of cooperation in this sector," Jeyhun Bayramov said at the conference held in Warsaw, Poland.

Bayramov went into great detail regarding Azerbaijan's peace initiatives to maintain stability in the South Caucasus as well as the nation's stance in the talks with Armenia. He outlined the importance of the reconstruction work carried out by Azerbaijan, as well as activities to open communication routes for the well-being of the entire region. Meantime, Armenia’s failure to fulfill its obligations stemming from the 2020 trilateral statement and other agreements between the Azerbaijani and Armenian leaders impedes the normalization and peacebuilding processes in the region.

The minister also underscored the landmine threat in the region and Armenia's provocations.

Speaking of energy security against the backdrop of recent regional and world events, Bayramov stressed the significance of expanding multilateral energy cooperation. He stated that Azerbaijan, as a country with a wide renewable energy potential, attaches considerable importance to the development of cooperation in this area, as well as emphasized the necessity of the Memorandum of Understanding (MoU) signed with the EU in July 2022.

The minister added that Azerbaijan implemented a number of successful projects to strengthen connectivity along the Middle East-West Corridor, and conducted work to restore transport and communication routes after the second Karabakh war. He pointed out the need for Armenia to implement its obligations under Paragraph 9 of the trilateral statement of November 10, 2020, adding that the opening of all regional communication routes will be a key contribution to development.

On the margins of the 29th meeting of the OSCE Ministerial Council in Poland on November 30, Azerbaijani Foreign Minister Jeyhun Bayramov met with Turkish Foreign Minister Mevlut Cavusoglu to discuss topical issues on the agenda of bilateral and regional cooperation between Azerbaijan and Turkiye.

They exchanged views on cooperation within the framework of the 29th meeting of the OSCE Ministerial Council and multilateral platforms and on other issues of mutual interest.

"We met with the foreign minister of fraternal Turkiye, Mevlut Cavusoglu on the sidelines of the 29th meeting of the Council of Foreign Ministers of the OSCE. We discussed the issues on the agenda and future steps between our countries. Always together, One Nation, Two States, Azerbaijan-Turkiye," Jeyhun Bayramov tweeted.

As OSCE Minsk Group co-chairing countries Russia, the USA, and France had been mediating a peaceful solution to the Armenian-Azerbaijani conflict since the signing of the volatile cease-fire agreement in 1994. The Minsk Group’s efforts resulted in no progress as Armenia refused to abide by the UN Security Council Resolutions (822, 853, 874, and 884) demanding the immediate and unconditional withdrawal of its troops from Azerbaijani territories, which was the main obstacle to the resolution of the conflict.

The trilateral ceasefire deal, signed by the Azerbaijani, Russian and Armenian leaders on November 10, 2020, ended the three-decade-long conflict over Azerbaijan’s Nagorno-Karabakh region, which along with the seven adjacent regions came under the occupation of the Armenian armed forces in the war in the early 1990s.

On January 11, 2021, the Azerbaijani, Russian and Armenian leaders signed the second statement after the end of the 44-day war. The newly-signed statement is set to implement clause 9 of the November 2020 statement related to the unblocking of all economic and transport communications in the region. 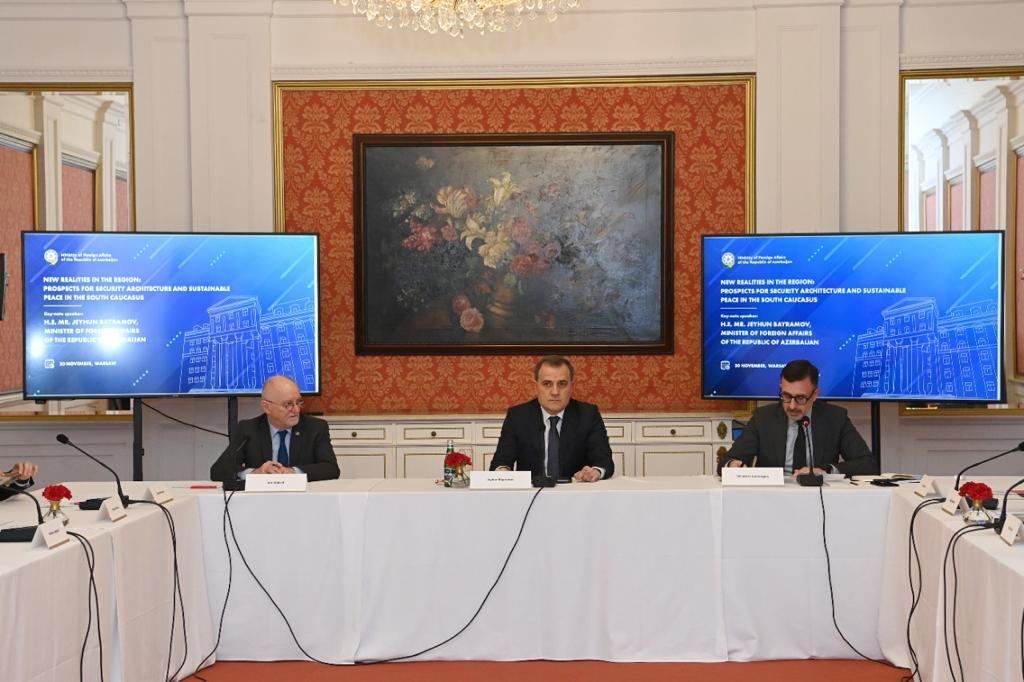