3,890 Azerbaijanis missing as a result of Armenian aggression [PHOTO]

A Baku-based joint conference held by the Foreign Ministry, the State Commission on Prisoners of War, Hostages and Missing People, and ADA University on August 30 focused on Azerbaijanis who went missing as a result of Armenia's aggression against Azerbaijan.

Some 3,890 persons (3,171 servicemen, 719 civilians) from Azerbaijan are still missing as a result of Armenia's aggression.

The event was attended by the heads of the Foreign Ministry's structural divisions and the heads of diplomatic missions accredited in Azerbaijan. At the opening ceremony, the participants commemorated with a minute of silence those who were martyred as a result of the Armenian aggression.

In his opening speech, ADA University's Vice-Rector Fariz Ismayilzade stressed the events organized by the university in connection with Karabakh's post-conflict rehabilitation and revival and the IDPs' repatriation to their lands.

He underlined the importance of the conference in terms of drawing the international community's attention of the problem of missing people.

In his speech, Deputy Foreign Minister Elnur Mammadov informed that through its aggressive policy, Armenian had grossly violated the principles of international humanitarian law.

Mammadov also spoke about Armenia's widespread use of the practice of captivating civilians, as well as the servicemen, its systematic policy of killing captives, legal aspects of issues in connection with missing people and cooperation in this context with international organizations.

Secretary of the State Commission on Prisoners of War, Hostages and Missing People Ismayil Akhundov noted that Armenia committed such crimes against humanity as genocide and ethnic cleansing.

He underlined inhumane treatment towards civilians taken hostage within Armenia's aggressive policy. He detailed the work to collect information about missing Azerbaijanis, take the necessary steps to repatriate them to their homeland, and the measures by the State Commission to effectively organize the coordinated activity of local structures and international organizations.

In her speech, Human Rights Commissioner (Ombudsman) Sabina Aliyeva focused activities to clarify information about the people who disappeared as a result of Armenia's aggressive policy against Azerbaijan and to return those people to their homeland as part of cooperation with international structures, including humanitarian organizations.

The head of the International Committee of the Red Cross (ICRC) delegation in Azerbaijan, Ariane Bauer, stressed that the ICRC has worked with relevant state agencies for decades to address the humanitarian consequences of the problem with missing people.

He said the problem of missing people after the military operations in 2020 is in the spotlight. The ICRC representative highlighted the joint work with the State Commission on collecting information about the missing Azerbaijanis.

As part of the panel discussion, the bitter life story of Mushfig Aliyev, freed from the Armenian captivity, was heard. His family disappeared during the Armenian occupation of Azerbaijan's Kalbajar region on March 31, 1993. Later, a film produced by the ICRC was shown and it was followed by a Q&A session. 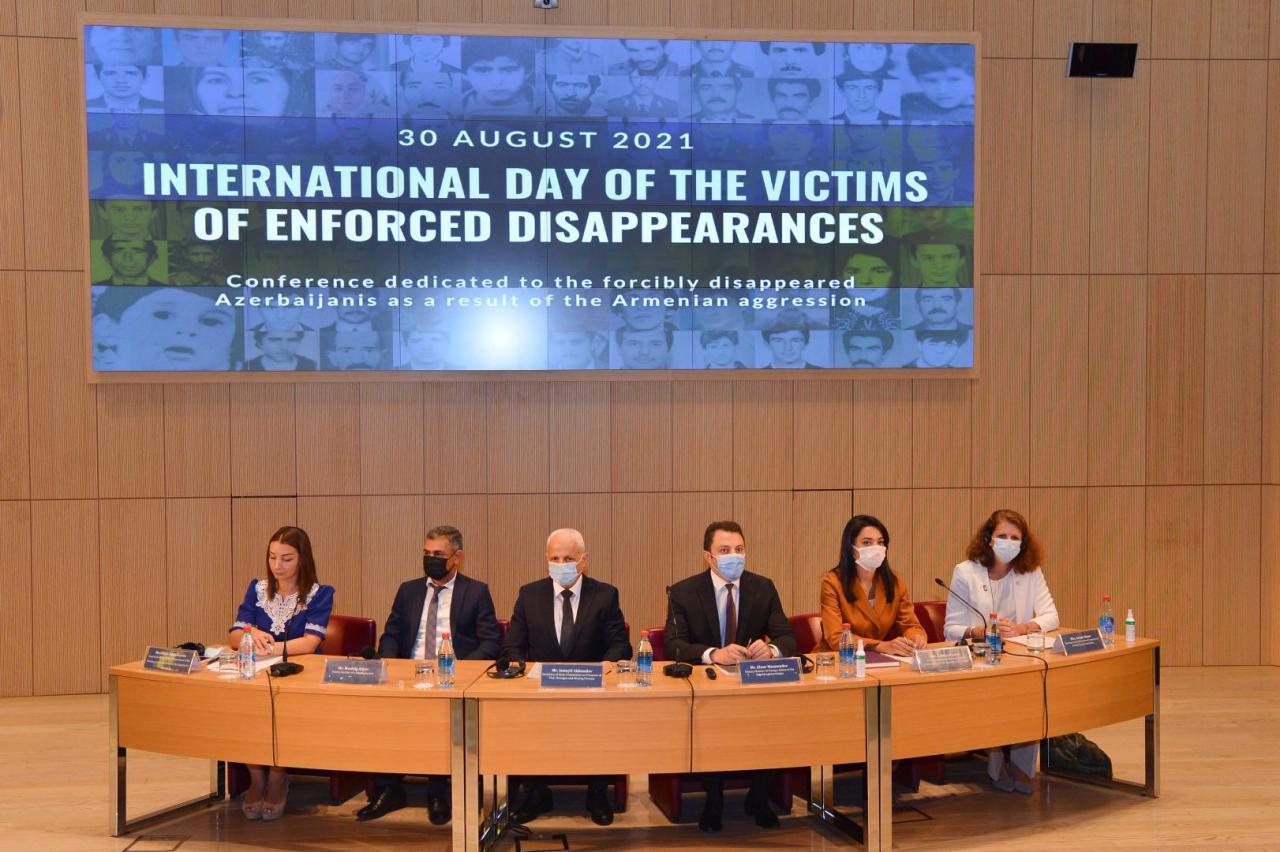