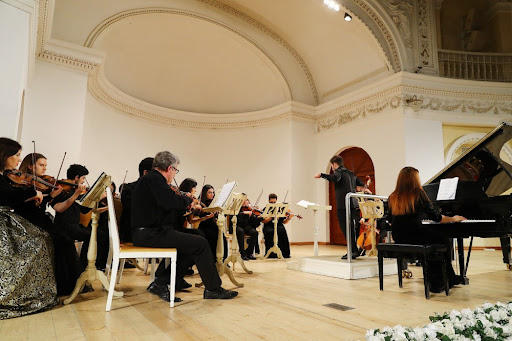 "Youth support" project will celebrate its fifth anniversary with a gala concert.

Founded in 2016, the project aims at discovering and supporting young talents in Azerbaijan.

The project is headed by the director of the State Philharmonic Hall, People's Artist of Azerbaijan Murad Adigozalzade, and the project coordinator is Ayla Karimova-Zekeriyye.

Spectacular concerts organized within the project have always been met with great public interest.

Next concert will be held  at the State Philharmonic Hall on December 7.

The National Conservatory Choir will perform at the concert under the baton of Honored Teacher Tarana Yusifova.

Earlier, "Youth support" project participants thrilled music lovers with the works by famous composers, as well as a work written by a young author Yusif Abbasov and Lala Ahmadova.

Lumineux ensemble performed a hymn specially written for the project's anniversary to the music of Pike Akhundova and words by Aysel Karimi.

Young musicians were accompanied by the Azerbaijan State Chamber Orchestra under the baton of Orkhan Gashimov.