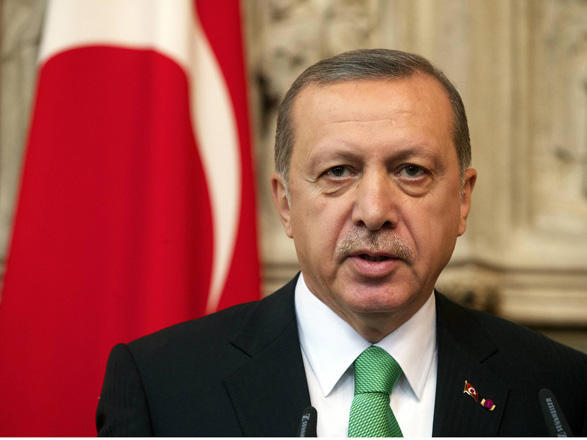 On Nov. 6, the Turkish President Tayyip Erdogan has called the US sanctions against Iran 'wrong'.

"We will not obey such sanctions. I do not consider right the decision to impose these sanctions. This step is aimed at disrupting the balance in the world," the NTV television channel quoted him as saying, TASS reported.

In addition, Erdogan reiterated that the sanctions "are contrary to the norms of international law."

The president said Ankara does not want to "live in an imperialist world."

The US President Donald Trump announced on May 8 Washington’s withdrawal from the Joint Comprehensive Plan of Action - a deal that was concluded in 2015 and constrained Tehran’s nuclear developments in exchange for lifting the UN Security Council sanctions and unilateral restrictive measures imposed by the US and the EU. Trump promised not only to resume the previous sanctions, but also to introduce new ones, and in this connection, the State Department announced Washington’s intention to reduce to zero Iran’s revenues from oil exports.

The effect of the first part of the US sanctions was resumed on the night of August 7. These restrictive measures covered the automotive sector in Iran, trading in gold and a number of metals. The remaining sanctions, including those against the Iranian oil sector, entered into force on November 5.