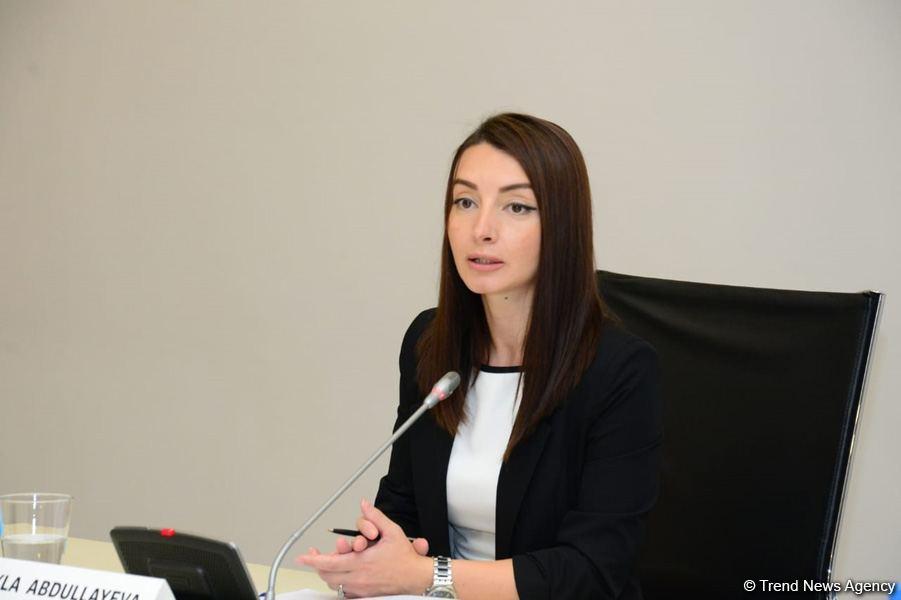 The Azerbaijani Foreign Ministry has dismissed as fictitious Yerevan's allegations of "massacre of Armenians in Baku” aimed at concealing its own crimes.

“The absolutely unfounded and fabricated statement of the Armenian Foreign Ministry about the alleged massacre against the Armenian population in Baku in January 1990 is a pure propaganda aimed at hiding the genocide historically carried out by the Armenian side against the civilian population of Azerbaijan, the policy of ethnic cleansing, the brutal murder of 613 civilians in the city ​​of Khojaly in one night,” she said.

Abdullayeva added that the narratives in which Armenians are presented as victims have been the ideological basis of Armenian nationalism for decades.

These narratives have given impetus to Armenia’s territorial claims against Azerbaijan and led to a devastating conflict between the two countries that has caused great suffering to hundreds of thousands of people, the spokesperson said.

She stressed that at a time when the normalization of post-conflict interstate relations is being discussed, the Armenian Foreign Ministry repeated baseless and destructive statements shows that the opposite side is not trying to normalize relations, but is poisoning its society with harmful ideas.

“As for the so-called ‘pogroms’ of Armenians in Azerbaijan, the investigation materials, as well as the irrefutable observations of a number of independent international organizations prove that in fact, these were provocative acts prepared by the Soviet special services in the context of the growing struggle for independence and sovereignty of the Azerbaijani people,” she said.

Abdullayeva recalled that since the late 1980s, Armenia’s open territorial claims against Azerbaijan have been accompanied by a campaign of massacres, torture and persecution, and the forcible deportation of about 250,000 Azerbaijanis from their historical lands in the Armenian SSR as a result of systematic targeting of ethnic Azerbaijanis.

“Unfortunately, to date, no one has been prosecuted for these and many other crimes committed by Armenia against Azerbaijanis,” she said.

Abdullayeva added that as it is known, on the night of January 19-20, 1990, the Soviet army committed a massacre of peaceful Azerbaijanis, underlining that the responsibility for this crime lies with the former Soviet leadership.

“The events of January 1990 did not break the determination of the Azerbaijani people to independence, and our country restored its independence,” she said.

“Rather than unjustifiably accuse Azerbaijan, the Armenian Foreign Ministry must acknowledge that it has grossly violated the fundamental rights of hundreds of thousands of Azerbaijanis for decades as part of a policy of ethnic cleansing personally approved by their former presidents and a policy of aggression lasting nearly 30 years,” she added.

The spokesperson stressed that Armenia should admit to bringing the perpetrators to justice and preventing such crimes in the future.

Moreover, Abdullayeva added on her official Twitter page, that such propaganda by Armenia in a post-conflict period is "regretful and dangerous".