Azerbaijani Foreign Minister Jeyhun Bayramov has urged a serious reaction to the discharge of raw production wastes from the Armenian copper-molybdenum plant into the transborder Okhchuchay River.

He made the remarks at a joint news conference with Kyrgyz counterpart Ruslan Kazakbayev in Baku on July 2.

"Azerbaijan demands a serious reaction to this issue. Armenia won’t be able to evade responsibility. At the same time, we call on foreign companies operating in Armenia to take effective measures in this regard," Bayramov said.

The minister described the issue as a large-scale problem since Okhchuchay flows into the Araz River and creates a big problem not only for Azerbaijan but also for neighbouring Iran.

At the press conference, Kyrgyz Foreign Minister Ruslan Kazakbayev said that the settlement of the Karabakh conflict raises hopes for achieving long-term stability in the South Caucasus.

At the press conference, Bayramov added that Azerbaijan and Kyrgyzstan signed an agreement on cooperation for 2021-2022.

The minister said that since early 2021, the trade turnover between Azerbaijan and Kyrgyzstan has grown by 65 percent as compared to the same period of 2020.

"But this growth is insufficient," Bayramov added.

He added that during their meeting, the ministers focused on support for the intergovernmental commissions' activities and holding business forums.

The sides also discussed expanding the bilateral transport and transit communications, he added.

"We think that Kyrgyzstan is interested in the East-West transport corridor passing through Azerbaijan,” Bayramov said.

Meanwhile, Ruslan Kazakbayev said that Kyrgyzstan is interested in using multimodal transport corridors through the territory of Azerbaijan.

"There is a huge untapped bilateral potential for cooperation and Kyrgyzstan's interest in attracting Azerbaijani investments in economic projects, including in the transport and logistics sector. For its part, Kyrgyzstan is interested in using multimodal transport corridors through the territory of Azerbaijan. We will work on these issues,” the minister said.

He said that they examined the interaction of the two countries at international platforms.

"Our positions coincide on many issues. We have no political problems. We discussed our cooperation mainly within the UN, TURKPA, and CIS, as well as the developing international forum of Turkic culture and in other international organizations. We note the special leading role of Azerbaijan in the Non-Aligned Movement (NAM). An agreement was reached on holding the next meeting of the intergovernmental commission in 2021, holding inter-ministerial consultations, resuming direct flights between Bishkek and Baku,” Kazakbayev added.

“We believe it is time to catch up on lost opportunities and establish a strategic partnership. We hope for the creation in the foreseeable future of an Central Asia - South Caucasus interregional platform in the 5+3 format,” the minister said.

He noted that Bishkek proposed to intensify the interregional dialogue between Central Asia and the South Caucasus.

"We attach great importance to the further development of Kyrgyz-Azerbaijani relations. Azerbaijan is one of the most important partners of Kyrgyzstan. Relations between our countries are based on bonds of friendship and brotherhood. The foundation of modern interstate relations between Kyrgyzstan and Azerbaijan was laid by the founder of modern Azerbaijan, an outstanding personality of international scale, Heydar Aliyev,” the minister said.

Earlier, the Azerbaijani and Kyrgyz foreign ministers had an expanded meeting on July 2.

Kazakbayev arrived in an official visit to Azerbaijan on July 1. 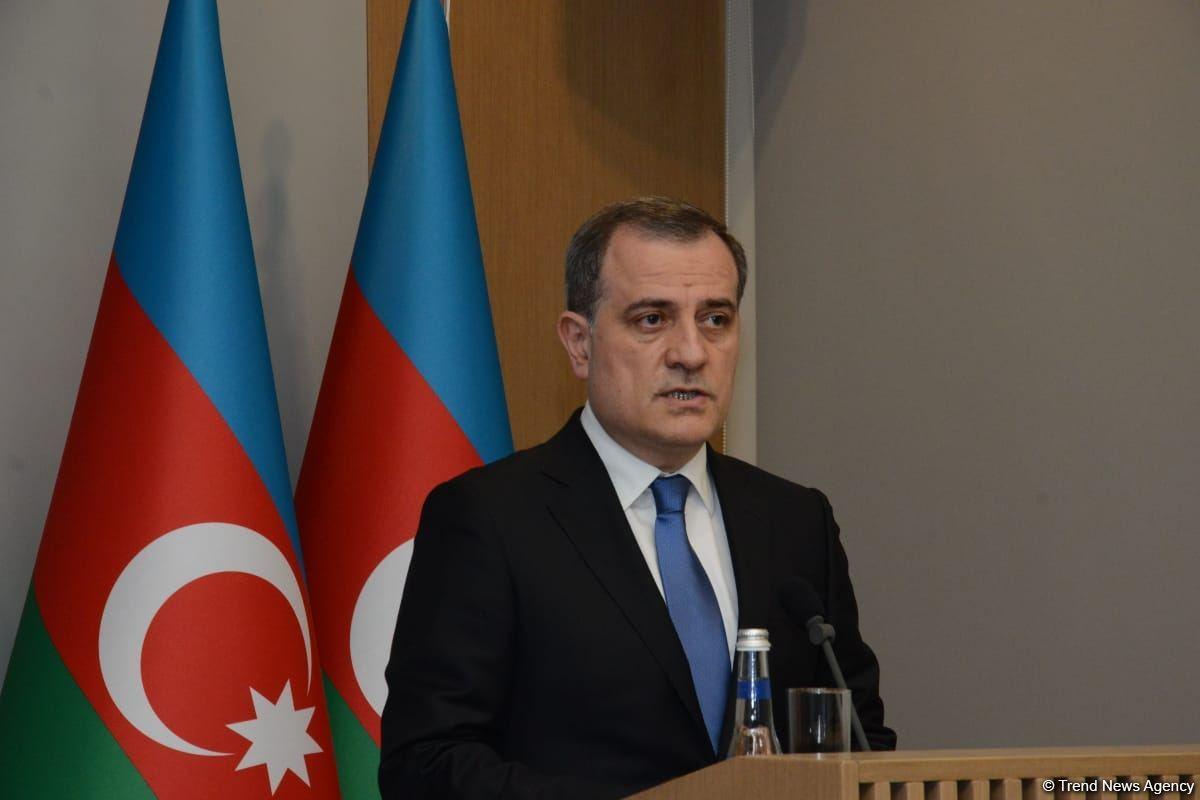